The need to reform the broken U.S. criminal-justice system is fast becoming the rare cause for which Washington’s warring factions will lay down their weapons and work together.

Normally fierce adversaries, a wide-ranging coalition of advocacy groups on both sides of the political spectrum announced Thursday that they are joining forces in a bid to fix the flaws of the U.S. justice system. The new group, dubbed the Coalition for Public Safety, bills itself as the nation’s largest partnership dedicated to reducing the prison population and reforming its iniquities.

The group includes some of the powerhouses in the conservative world, including Koch Industries and Americans for Tax Reform, as well as major advocacy groups on the left like the Center for American Progress and the American Civil Liberties Union. Among the groups underwriting the roughly $5 million effort are nonpartisan think tanks like the Ford Foundation and the John D. and Catherine T. MacArthur Foundation. Christine Leonard, a former associate director of legislative affairs in the Obama administration’s Office of National Drug Control Policy, will serve as the coalition’s executive director.

“There is a political sweet spot on criminal justice reform,” said Wade Henderson, president and CEO of the Leadership Conference Education Fund, one of the coalition’s members.

The seed of the idea was planted last October, when an array of think tanks and advocacy groups from all points on the political spectrum assembled in Washington for a spirited meeting. Finding broad agreement, they agreed to team up despite longstanding acrimony on a host of other policy issues. “Did anyone on any planet imagine these Republicans and Democrats would come together for a common cause?” asked Matt Kibbe, president of the Tea Party group FreedomWorks and another participant in the coalition.

The group’s formation is just the latest sign of the emerging bipartisan agreement about the flaws riddling the justice system. The U.S. has the highest incarceration rate of any developed nation, with about 2.2 million people behind bars, a figure that has leaped 500% over the past three decades. It jails 25% of the world’s prisoners, 60% of whom are racial and ethnic minorities. The one-in-three Americans with a criminal record struggle to reintegrate into society because of employment, housing and voting restrictions that boost recidivism rates.

But consensus does not always mean progress. Members of the coalition cautioned that coalescing around principles is merely a first step. Several pieces of justice-reform legislation have thus far languished in Congress despite bipartisan backing. While the coalition on Thursday lauded federal efforts to reform the civil-asset forfeiture process and adjust mandatory minimum sentencing guidelines, it declined to delve into much detail nor to sketch out a strategy for threading complex legislation through a divided Congress. “This is not all going to get done quickly,” Leonard acknowledged. “It’s a challenging environment up there.”

Indeed, it wasn’t long ago that immigration reform was Capitol’s bipartisan cause, backed by powerful lawmakers and advocacy groups on both sides of the aisle. Yet comprehensive reform remains elusive, and a dispute over President Obama’s executive actions on immigration has led to the prospect of a partial shutdown of the Department of Homeland Security later this month.

The coalition’s members were realistic about the long road ahead. The damage wrought by decades of bad policy will take “years to undo,” said ACLU executive director Anthony Romero, who cited a “unique window” to address the issue. “We finally have the wind at our backs.” 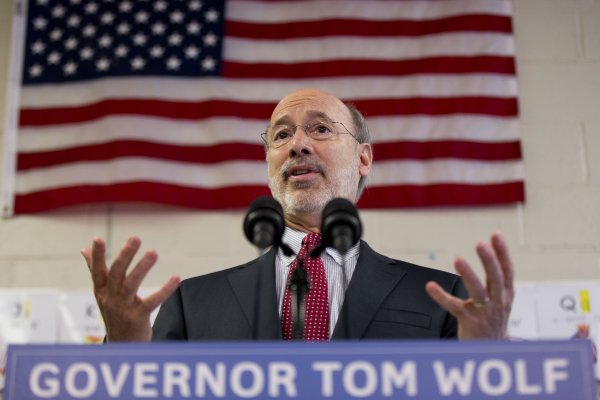 Pennsylvania Stops Using the Death Penalty
Next Up: Editor's Pick