Fifty Shades of Grey Soundtrack Has Biggest Debut Since 2009

Considering that Christian Grey claims to exercise control in all things, it’s safe to say he’d be more than happy with Fifty Shades of Grey’s release. After controlling the box office in its opening week, the film’s soundtrack has now gone on to make a statement of its own.

According to Billboard, the film’s official soundtrack came in at No. 2 on the latest Billboard 200, selling 258,000 units. And with 210,000 of those units being traditional album sales, it marks the largest sales debut for a soundtrack since 2009’s Michael Jackson’s This Is It, which sold 373,000.

However, unlike This Is It, Fifty Shades of Grey has a multi-artist soundtrack. Taking that into considering, the last multi-artist compilation to debut bigger than Fifty Shades was 2005’s Get Rich or Die Tryin’, which sold 317,000 in its first week. 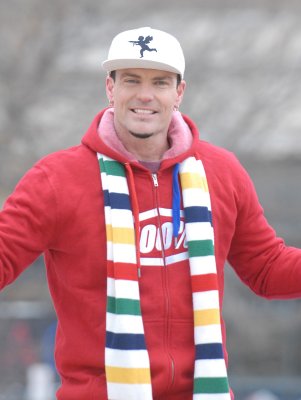 Vanilla Ice Charged With Burglary and Grand Theft
Next Up: Editor's Pick