This Will Change the Way You Use Your Visa Card Forever

This is one of those tech advances that are simultaneously cool and disturbing. Visa is adding a feature to the smartphone apps of member banks that lets banks know when a customer is traveling.

Convenient! This way, your card won’t be automatically declined just because you happen to be 50 miles or more away from home—a situation that can trigger an alert to a bank’s fraud department. Your bank, thanks to your phone’s location feature, will already know exactly where you are. Scary! Well, maybe.

It’s hard to decide. Fewer hassles are always good, of course. Nobody wants to be that poor sap standing hapless and red-faced at the checkout counter with a declined card. But do we really want our banks tracking our movements? (The financial crisis gave Americans plenty of reasons to think twice.)

Thankfully, the feature, Visa Mobile Location Confirmation, coming in April, will be entirely opt-in. Customers have to knowingly turn it on for it to work. Big Brother isn’t really so terrifying when you’re inviting him to watch you.

It’s entirely understandable that banks would want as many as people as possible to use the feature—they lose billions to debit- and credit-card fraud every year, and those numbers are on the rise. But the feature is not a panacea, of course. For instance, it won’t help if someone’s phone and bank card are stolen at the same time.

On balance, though, it seems like a net win for both banks and consumers. 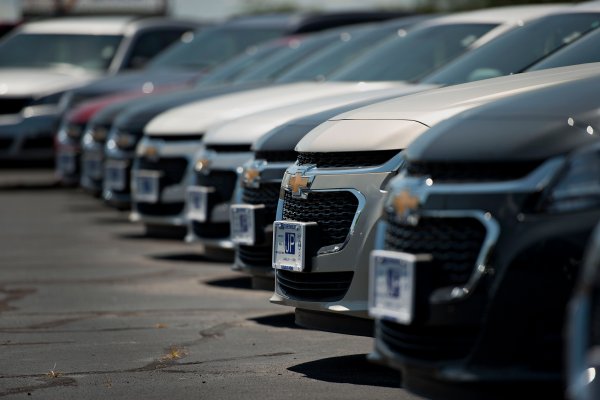 If You're Going to Buy a Car, Do It Now
Next Up: Editor's Pick