How a Chinese Organization is Helping Photographers Win Awards

At a rental house in a village in the city of Wuhan, Hubei Province on Dec. 5, 2014, nine-year-old boy Tan Zhouyu is too cold to fall asleep. This photo won first prize in the News Pictures Story category at Pictures of the Year.
Liyang Yuan
By Ye Ming

Ever since Shaoming Yang became the first Chinese photographer to win a World Press Photo award in 1988, his peers have tried to follow in his footsteps. They have done it so religiously that it has been dubbed the “Photo Olympics” in China.

Winning such awards means a lot: victors have their names announced and praised on China Central Television’s 7 o’clock news and are often awarded additional cash prizes by their state-owned newspapers for bringing good publicity.

Behind some of those winning images is a team called Yihe Media Training Workshop, an organization based in Beijing.

The workshop has helped more than 100 Chinese photographers enter top international photo competitions since its launch last December, founder Qiang Li tells TIME. Before submitting their work, Li and his partner Sunny Yang, a news assistant at USA Today’s Beijing bureau, help photographers select their best images, sometimes out of a pool of hundreds, crop them, write captions and enter them on most contests’ English-only websites. They also work with the Italy-based photo enhancement studio, 10b, for professional toning.

“Most Chinese photographers use online dictionaries to translate their captions,” Li says. “It’s a pity many good photos were [kicked out of contests] just because of their bad captions.”

A veteran photojournalist himself, Li is well aware of the pressure photographers are under in the country. “Almost all journalists in China have a low-base salary,” Li tells TIME. “They are like workers on the assembly lines who have a piece-rate system.”

Plus, since most Chinese photojournalists are employed at government-owned media organizations, where their jobs are more stable, few feel compelled to learn new skills. “The documentary and photojournalism industries in China are at a different stage of development to other countries with a more open media landscape,” says Panos photographer Adam Dean, who taught a workshop on photo editing and freelance photography at Yihe.

“There are so many talented and committed photographers in China who don’t really have an outlet for their work, [where] the state controls and censors much of the media,” says Dean, who is based in Beijing. “The problem for [Chinese photographers] is that there is an understandable element of self-censorship, [therefore] there is little motivation for them to invest time, energy and money in a sensitive story or issue that cannot be published in China and could potentially cause them problems.”

The Yihe Media Training Workshop also emphasizes international media practices and ethics in its lessons, with competing in international contests an integral part of the organization’s teachings. “I think there is a standard for a good photo that is beyond countries and ideologies,” Li says. “The affirmation of the works from the most authoritative organizations in the world could give [Chinese photographers] a reason to [stay] in the industry.”

Qiang Li is a photojournalist based in Beijing who has won many national photo awards in China. 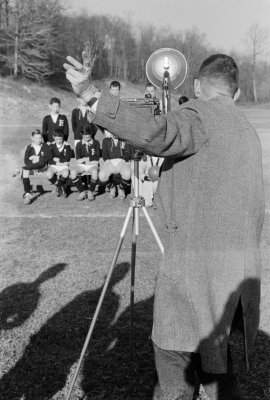 Discover the Photo that Defined Stephen Shore's Career
Next Up: Editor's Pick