Apple may be experimenting in the virtual reality space. The company has been granted a patent for a head-mounted virtual reality device that would use the iPhone screen as the display. Apple first applied for the patent back in 2008, meaning VR has been on the company’s mind for a while.

The functionality of the product in the Apple patent seems to have the most in common with the Samsung Gear VR, a headset Samsung developed in conjunction with Oculus that uses the Samsung Galaxy Note 4 phablet as a display. These devices are a bit more complex than Google’s current solution, which slots a smartphone into a headset made out of cardboard.

Apple’s patent also calls for a separate remote control that would be able to manipulate the headset in some way.

Virtual reality isn’t the only new mode of interaction Apple is exploring. The tech giant had a patent granted for a “3D user interface” for computers earlier this year. Still, Apple being granted a patent doesn’t mean an actual product is in the pipeline. 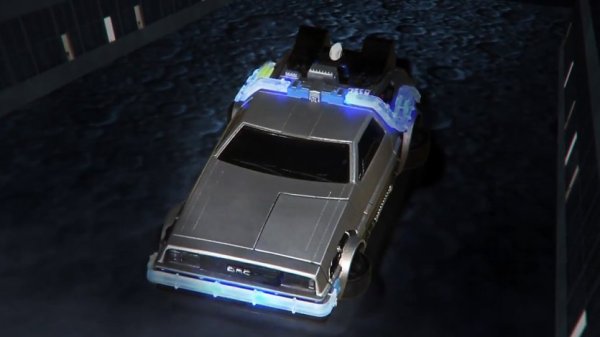 This iPhone Case Looks Like the Back to the Future Time Machine
Next Up: Editor's Pick