Will One of These Movies Win Meryl Streep Her Next Oscar?

Meryl Streep attends the premiere of "Into The Woods" at the Ziegfeld Theatre on Dec. 8, 2014, in New York.
Evan Agostini—AP
By Daniel D'Addario

Meryl Streep has three Oscars on the shelf — more than any living actress. And yet the star, whose 19th nomination this year for her supporting role in Into the Woods cemented her record as the most-Oscar-nominated performer of all time, is still one win short of the all-time record, set by Katharine Hepburn when she won her fourth trophy.

Awards are far from the most important detail when it comes to assaying a career as long and multifarious as Streep’s. And yet her campaign to win her third Oscar, for The Iron Lady in 2012, was aggressive enough to prove that she does take this stuff seriously. (Hepburn, by contrast, never accepted any of her Oscars in person.) It’s very possible, given the breadth of projects in her future and the high esteem Streep’s held in by her peers, that she’ll win a fourth Oscar in the near future — though likely not Sunday night, when Patricia Arquette is heavily favored for her performance in Boyhood. Though this hardly feels as urgent as when her 2012 Oscar win broke a three-decade losing streak, she’s bound to win one sometime, right? Here is a very hazy look at what’s in Streep’s future.

Ricki and the Flash: Streep plays a rock star in this Diablo Cody-scripted film, which is coming out this year on August 7, a timeslot that’s become the actress’s sweet spot. (Her Oscar-nominated turns in The Devil Wears Prada and Julie and Julia, as well as her musical Mamma Mia, all were major hits in peak moviegoing season.) The first picture of Streep in character makes it look like something of a transformation, perhaps into Stevie Nicks. But Streep might have to settle for a Golden Globe nomination, because on the horizon looms…

Suffragette: It’s a deeply earnest-seeming period drama, one in which Streep plays famed voting-rights advocate Emmeline Pankhurst. This is clearly a passion project for Streep, who used an interview promoting Into the Woods to tout the film, saying “Girls, we’ve been waiting for this.” The film is set for release in the U.K. this fall with, presumably, a U.S. release to follow; given the nature of the role and Streep’s evident comfort with the material and personnel (Suffragette was written by the screenwriter of The Iron Lady), this could get a big push when it emerges stateside. But then there’s also…

Florence Foster Jenkins: Director Stephen Frears (known for The Queen and Philomena) is set to direct this biographical film about a midcentury heiress who wants to become an opera singer, despite her abject lack of ability. Jenkins’s story, like, well, Philomena Lee’s, is the sort of cutely uplifting one that tends to mobilize moviegoers, and Streep can definitely sing. But, obviously, much remains to be seen. Filming is set to begin in May. 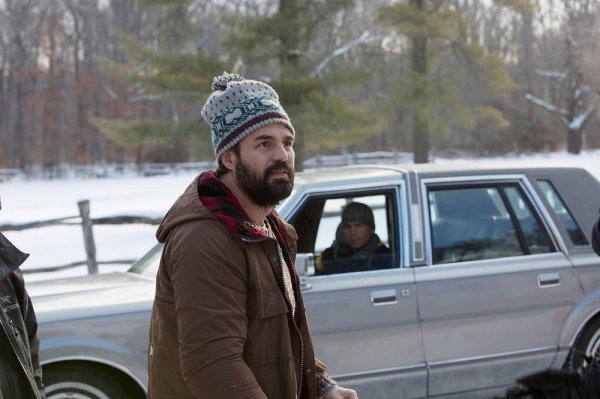