Many people would love to be considered as the next host of The Daily Show after Jon Stewart. But Jessica Williams, currently a correspondent for the show, recently said she’s not up for the job.

She later responded to a writer for thebillfold.com, who argued that Williams’ comment made her “the latest high-profile victim of impostor syndrome“—or as the writer put it, “a well-documented phenomenon in which men look at their abilities vs the requirements of a job posting and round up, whereas women do the same and round down, calling themselves ‘unqualified.'”

“No offense,” she wrote in another tweet, “but Lean the F–k away from me for the next couple days. I need a minute.”

After Stewart announced last week that he will be leaving The Daily Show, many have called for his replacement to be a woman.

Correction: The headline and original version of this story misstated who Jessica Williams was responding to in her Twitter messages. She was responding to a writer who criticized her for saying she’s “underqualified” to host The Daily Show. 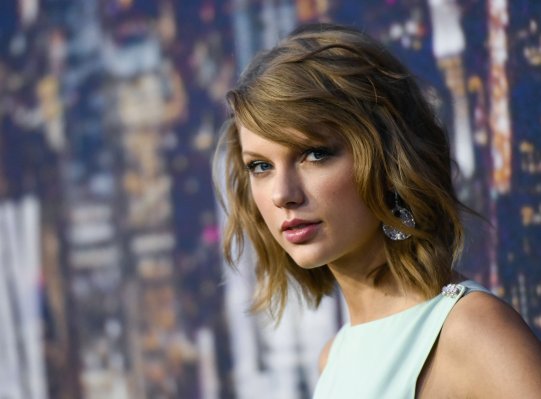 Taylor Swift Will Release 1989 Bonus Tracks on iTunes
Next Up: Editor's Pick