The Biggest Misconception About Apple

Apple CEO Tim Cook announces the Apple Watch during an Apple special event at the Flint Center for the Performing Arts on September 9, 2014 in Cupertino, California.
Justin Sullivan—Getty Images
By Ben Taylor / FindTheBest

To the average tech enthusiast, Apple might look like the face of innovation. After all, the company developed some of the world’s most well-known personal computers. It disrupted the entire music industry. It pushed the mobile phone business ahead by five years.

But here’s the thing: on a month-to-month basis, Apple really isn’t all that innovative.

Instead, the company is tremendously iterative—which is a fancy way of saying that they’re good at making steady, small improvements over time.

Consider its biggest hit, the iPhone, which has remained remarkably similar since its introduction in 2007. Eight years later, the home screen looks nearly identical, with its familiar grid of colorful icons and rounded corners. Sure, the design aesthetic has evolved a bit (now flatter and brighter), and the screen size has increased slightly (once in 2010 and again in 2014).

But compare that to the kaleidoscope of colors, sizes and designs among Android phones, with a mix of six-inch phablets, bending displays and dual-screen experiments.

Apple’s iPhone, Then and Now | SpecOut

The Many Faces of Android | SpecOut

Beyond smartphones, you can see this same iterative philosophy by comparing Apple’s product releases to those of Google or Microsoft. Since 2007, Apple has released just one new major product line (the iPad), and has one more on the way (the Apple Watch). In that same time period, Google has released Chrome (2008), Android (2008), Fiber (2011) Glass (2013), the Nexus devices, a cloud-based computer (the Chromebook), and an alpha-stage driverless car, just to name a few.

The story is similar for Microsoft, with a search engine (Bing, 2009), a motion-based video game accessory (Kinect, 2010), a whole new video game console (Xbox One, 2013), a fitness band, three versions of the Microsoft Surface tablet, and just recently, a virtual reality headset (the HoloLens).

When you compare the three companies purely on volume of new product lines after 2007, Apple looks unproductive and uncreative. Where is the long-rumored Apple television? Why hasn’t Apple announced a driverless car?

The answer is focus and iteration. The iPhone isn’t the world’s best-selling phone because of one or two headline-grabbing features (see LG’s curved screen or Samsung’s “smart scroll eye tracking”). It’s the world’s best-selling phone because Apple has spent eight years refining the device, gradually making it thinner, simpler and more polished, year after year after year. The proof is in the earnings report pudding, where Apple rode its latest iPhone to the most profitable quarter of any company ever. For perspective, that $18 billion Apple pocketed last quarter is more than Southwest Airlines, Hyundai USA, or Sprint makes in revenue per year.

Compare the iPhone and its success to the above list of ‘innovative’ products released by Google and Microsoft over the last eight years. Of the 13 products I mentioned by name, how many have become hits? Chrome and Android each probably deserve that title, but just about every other has ranged only from “somewhat successful” (ex: the Xbox One) to “mostly a flop” (ex: Google Glass).

This isn’t to say there’s something wrong with lots of new products or constant attempts at innovation. If you have billions in the bank and the luxury of experimentation, why not be a little crazy from time to time? Google’s driverless cars are cool, and may eventually pave the way for safer freeways and more reliable transportation. Microsoft’s new HoloLens might so far be unproven, but the product has an impressive, admirable vision.

That said, note that both Google and Microsoft make the lion’s share of their profits with one product each: Search (for Google) and Office (for Microsoft). These two products are the reason we even got Google Glass or the fitness-tracking Microsoft Band. And crucially, Search and Office were developed over the course of a decade, on the strength of focus and iteration, just like the iPhone.

So as the luster of Apple’s latest earnings report fades, and we hear the inevitable criticisms of the upcoming Apple Watch, let’s keep things in perspective. The primary question for Apple (and Google and Microsoft, for that matter) is not “how many revolutionary new products can they produce?” but rather, “how will they iterate on the products that exist today?” Sure, I’m curious to see whether Microsoft can one day turn my living room into an interactive, three-dimensional hologram. But for now, I’m far more interested to see how Apple can refine the smartphone experience, or how Google can make Search even better than it is today. Three cheers for iteration. 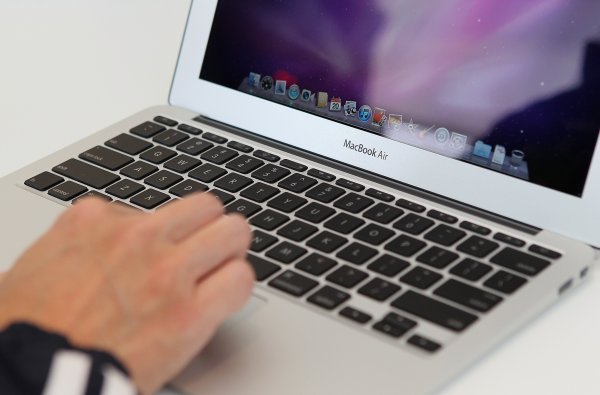 The One Other Thing Apple Could Announce Monday
Next Up: Editor's Pick