An Xbox One controller is used at the Microsoft Xbox booth during the Electronics Expo 2013 at the Los Angeles Convention Center on June 11, 2013 in Los Angeles, California.
Kevork Djansezian—Getty Images
By Ben Taylor

By now, we know the “consoles are dead” narrative was overblown. The PS4 has sold tens of millions, the Xbox One isn’t far behind, and the Wii U has climbed from “disastrous” to only “mildly disappointing.”

Lately, however, consoles have become the ugly duckling of the video game world, less popular than the smartphone and less attractive than the all-powerful PC. They’re too expensive, too niche, and too geeky—or so the criticisms go.

But the console still has some long-term advantages that people tend to forget.

1. Reliable software quality, unlike the smartphone

Spend five minutes browsing the App Store or Google Play Store, and you’ll be overwhelmed by an avalanche of games, many of them garbage. For every smash hit (e.g. Angry Birds, Candy Crush), there are countless bug-ridden, unplayable imitators. Yes, the best-selling lists can at least highlight a few up-and-comers (ex: Trivia Crack, Crossy Road), but hundreds of other great games will end up buried beneath all the rubbish.

For developers, there’s far more incentive to game the system with in-app purchases and fake user reviews than to build something creative. After all, most of the good stuff gets lost in the crowd anyway—a consequence of mobile’s race-to-the-bottom, volume-beats-quality marketplace.

Compare that to the world of console gaming, where each platform has a stable, annual parade of triple-A titles, each of which are almost guaranteed to be hits, year after year. The PlayStation boasts exclusives like Uncharted, LitteBigPlanet, and the latest Metal Gear games. The Xbox brings Halo, Titanfall, and Forza. And then there’s Grand Theft Auto, Call of Duty, FIFA, Madden, and Elder Scrolls, series that owners of either console can trust to deliver, sequel after sequel. Nintendo offers a different lineup, but between Mario Kart, Smash Bros, Zelda, Pokemon and Donkey Kong, you’ve got a similar roster of predictably excellent games.

2. Accessibility, unlike the PC

Let’s face it: among serious gamers, the PC has rapidly become the best choice for gaming. A modern gaming PC will feature the best graphics of any system, and the whole gamut of software, from multi-million-dollar blockbusters to avant-garde indie experiments.

But getting the best out of PC gaming also means owning a pricey, powerful gaming PC, which is a tough sell for the general public. You’re looking at $1,000-2,000 just to get started—potentially over triple the price of a gaming console. Savvy PC owners will point out that the purchase pays off in the long run, especially considering PCs are more easily upgradable.

But how many everyday consumers will be willing to take that price hit up front? If the smartphone market has taught us anything, it’s that people prefer to spread their costs over several years, rather than pay everything right away.

In this way, the console market mirrors the smartphone model. Customers start by paying around $400 for the console (or phone) itself, then $40-60 for each additional game (or month of service). It’s a proven pricing scheme that consumers have accepted for decades.

Then you factor in user experience. From the day you buy a new console, every game will work as advertised. Compare that to the corresponding experience on a PC, where the specific graphics card and performance specifications of your machine will determine every aspect of the user experience. Video card outdated? Your brand new PC game will lurch along at low frame rates. Geeks might get a kick out of keeping their gaming rigs up to speed, but the rest of the market just wants to know that the latest Call of Duty will work straight out of the box.

It’s the most controversial point on the list, but an important one: consoles connect people—in person—better than any other gaming system. Yes, smartphones and PCs bring a greater volume of players together, and both deserve credit for the impressive gaming networks they’ve assembled. But when was the last time you physically visited a friends’ house to play Words With Friends? Or lugged your PC to a buddy’s place for drinks, cigars and a session of World of Warcraft? Only the console consistently brings people into the same room. If smartphones and PCs are social networks, the console is the digital equivalent of Monopoly or Risk—a 2015 version of board game night.

Some will say that such classic “couch multiplayer” is dying, and it’s true that far more people play Halo over the web than over a coffee table. But living room gaming still scratches a very human itch, one that will likely stick around—even in its reduced state—for decades to come.

The final barrier for console gaming has been the stigma—that is, the sense that only teenage boys play console games. Sure, games like Cut the Rope (mobile) or The Sims 4 (PC) are casual and mainstream enough for anyone, but who—besides those male high schoolers—are actually settling in for three-hour rounds of FIFA on Xbox?

The answer: people of both genders and all ages. According to a 2014 study by the Entertainment Software Association (ESA), the average age for video game players in the US is 31 years, a number that’s been climbing for a decade. Today, 48% of game players are female. And we’re not just talking about smartphone game players. In the ESA’s study, 68% of respondents reported that they play games on a console, next to only 53% on a smartphone.

So the old teenage boy stigma is simply inaccurate. As each year passes, more and more people feel comfortable admitting to late-night sessions of Zelda and Assassin’s Creed. And that comfort will likely breed even more console gamers.

The console is here to stay, even if the future details remain a little murky. Will virtual reality finally break through? Will Sony, Microsoft and Nintendo still be the biggest players in 10 years time? Who knows. But the basic console recipe—consistent quality, a simple experience, social appeal, and societal approval—ensure that the medium will last. Just like with Mario, the game is never really over. 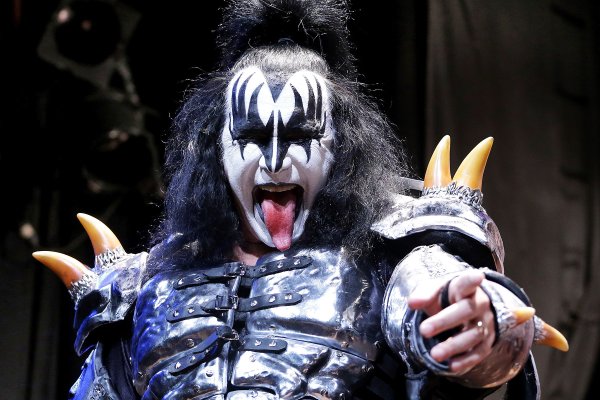 Rock Band 4 Exists and It'll Be on PS4 and Xbox One This Year
Next Up: Editor's Pick