Last week, Rush Limbaugh suggested that if he had faced questions about dropping out of college, as Republican presidential hopeful Scott Walker did, he would have responded, “I left college because I didn’t want to be accused of rape someday.” Limbaugh noted that Walker could not say such a thing because he was a candidate, and added, “but I mean that would just ram it right down their throats. Trying to create this rape culture on the campus.”

Liberal blogs recounted the statement with incredulity and horror, even though it did not create the firestorm that followed late last year when Limbaugh declared that actor Idris Elba could not play James Bond because James Bond was Scottish and white, and Elba was black and British. The social-media outrage in response to the campus rape and Elba comments was unsurprising, and Limbaugh tends to respond to such reactions with equally unsurprising contemptuousness. But, even if he and his fans ignore online criticism, the Internet has already substantially changed the history of talk radio.

The first all-talk station had launched in 1960. After the mid-1960s, interviews and listener calls drove talk programs, and stations offered “full service” talk formats that mixed current-affairs talk with expert discussion of everything from gardening to relationships. Famed Los Angeles liberal Michael Jackson and conservative New Yorker Barry Farber exemplified this era of talk radio—their politics might have emerged on occasion, but their philosophies were not a centerpiece of either host’s show. As Farber once told me, “It would have occurred to us to fly down to the Amazon and get our head shrunk before it would occur to attack the President.”

Even stations that featured an opinionated host offered an array of views during the broadcast day. Many stars, including Larry King, whose program entered syndication in 1978, had liberal views. Edgier, boundary-pushing talk formats existed only in a few major markets. Overall, one estimate put the number of talk stations at just 59 in 1983.

When Limbaugh began broadcasting nationally on Aug. 1, 1988, he changed what talk-radio sounded like. Limbaugh took fewer calls than many of his predecessors, and did no interviews; instead, his show revolved around his opinions. The former disc jockey fused the zany antics of rock music DJs with the explicit conservative advocacy of earlier weekly radio sermonizers, such as Dan Smoot and Clarence Manion, and the interactive talk format. He had fun on the air, using parodies, theme songs and absurdity to illustrate his points.

During the course of his 26-plus years in national radio, Limbaugh said far more controversial things than his musings about Walker and Elba. In his early national days, he aired edgier and more offensive material multiple times per show (on one 1990 show, Limbaugh allowed listeners to vote and suggest new entrants in a contest to determine the theme song for the AIDS updates that he would quickly discontinue and for which he would apologize. The cringe-worthy entrants included Gene Autry’s “Back in the Saddle Again” and Dionne Warwick’s “I’ll Never Love This Way Again”).

His style was extreme, but it connected. A combination of his success; necessity, as music listeners and advertisers fled to FM music stations; technological and legal changes; and the discovery of a heretofore unidentified audience that thirsted for conservative programming drove the subsequent explosion of talk radio. By the early 2000s, Limbaugh’s success and that of several early all-conservative talk stations, along with ownership consolidation, had transformed talk radio into a nationally syndicated, conservative, political medium.

After the uproar over the Elba comments, Limbaugh noted that a lot of his critics hypothesized that he made such statements to draw attention. Those critics, however, miss the point of talk radio—Limbaugh absurdly and colorfully illustrates his points, not to draw attention, but rather to entertain, as entertainment value has driven the success of his show dating back to 1988. And, as he correctly pointed out amidst the accusations of scandal-mongering, these days he doesn’t even have to try to draw attention. Instead, in the Internet and social media era, he receives almost constant attention—yet only occasionally is that wider attention positive, thereby demonstrating the paradox facing hosts in 2015.

Whether you love or loathe Limbaugh, you can’t deny that tackling controversial topics today presents risk that did not exist in 1988. Yes, Limbaugh provoked complaints almost instantaneously after debuting on many stations. Gradually, however, calls to executives from fans exceeded these complaints. More importantly, in those days, when Limbaugh signaled a homeless update with Clarence “Frogman” Henry’s “Ain’t Got No Home,” only the audience heard it.

Today, by contrast, every word that Limbaugh says is broadcast and archived. Watchdog groups, such as Media Matters, scrutinize every word, waiting to blast any potentially offensive statements out to the world. Whereas the opinions of non-listeners might have been irrelevant in 1988 and a boycott hard to organize, someone who considered the Elba comments to be racist could easily use social media to pressure advertisers to remove their ads from Limbaugh’s program (as many did in 2012 after Limbaugh insulted Georgetown student Sandra Fluke).

Several times over the years, exposure to broader audiences changed the paradigm for talk-radio hosts. In 2003 Limbaugh resigned from a short-lived job as an ESPN football commentator after he sparked outrage by musing that quarterback Donovan McNabb received undeserved credit because the media wanted to see an African American quarterback succeed. Disney-owned ESPN reached many people who did not regularly consume talk radio, and Disney had broader business interests to protect. As a result, Limbaugh could not sneer at the handbook of political correctness, as he did daily on the radio without consequences.

The Internet reaches an even bigger audience than ESPN did, and through it that broader audience can now hear what is said on talk-radio programs themselves. Hosts’ words far more easily reach non-listeners than they did 25 years ago. Indeed, a show’s actual audience need not be bothered for comments to cause trouble. Campaigns against a host can build over time, and social media makes it easy to pressure station management and advertisers.

In fact, the provocative, unpredictable content that produces the best talk radio fits poorly with an advertiser-based business model in the Internet and social media era. This problem may eventually drive the content provided by Limbaugh and his peers to an internet-based subscription platform, where hosts do not have to worry about losing advertisers when they generate controversy.

It might seem that talk-radio’s critics would have won if that happens. But, in reality, they would have won their battle, but lost their war. If critics force the delivery mechanism away from an advertising-based model, their pleas will be less likely to affect talk radio’s bottom line. Subscribers, unlike advertisers, aren’t likely to be swayed by a social-media campaign (after all, they are fans). As such, executives and hosts will be freer to ignore critics, while profiting from giving fans what they want. In the end, talk radio’s content will exist as long as an audience for it exists. 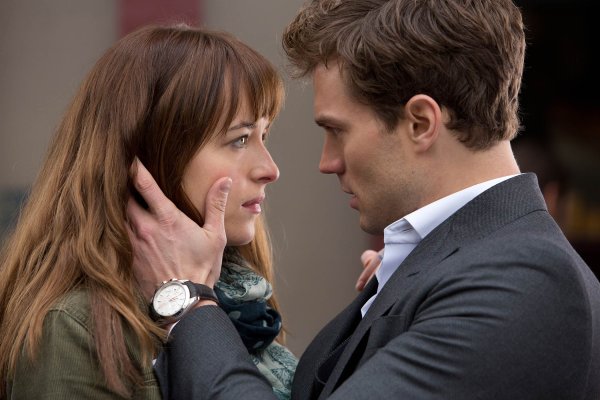