Darren Criss Will Return to Broadway as the Next Hedwig

For a show originally intended as a limited engagement, Hedwig sure has legs. Which, come to think of it, is no surprise at all.

Glee star Darren Criss will be the latest actor to don the high heels and fishnets of rock singer Hedwig Robinson in Broadway’s smash revival of Hedwig and the Angry Inch. Criss will begin a limited 12-week engagement starting April 29 at the Belasco Theatre, following John Cameron Mitchell’s exit on April 26. This marks the fifth headliner to play the role since the production opened in April 2014.

The role signifies a return to Broadway for Criss, who made his debut succeeding Daniel Radcliffe in How to Succeed in Business Without Really Trying. The three weeks in which Criss starred in 2012 broke the box office, earning over $4 million and becoming the most profitable three weeks of the revival’s 11-month run.

Criss will replace current star Mitchell, the show’s co-creator (with composer and lyricist Stephen Trask) who has taken up Hedwig’s mantle almost two decades after the musical’s original off Broadway production. Mitchell is the fourth Hedwig in the revival, preceded by Dexter alum Michael C. Hall (who temporarily steps in for an injured Mitchell from Feb. 17 through 21) and Girls and The Book of Mormonstar Andrew Rannells. All four men follow the revival’s original star, Neil Patrick Harris, who earned a Tony Award for the role last June. 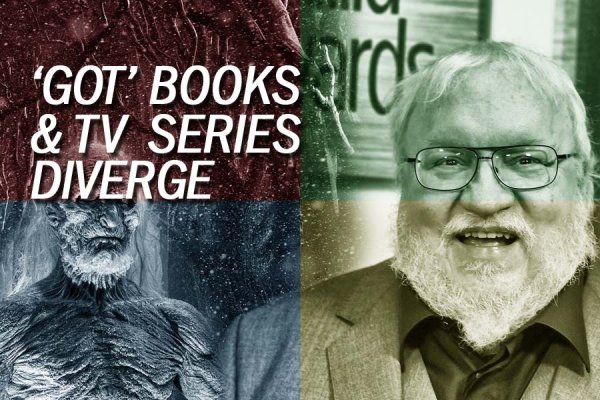 How Game of Thrones Will Diverge From the Books
Next Up: Editor's Pick