Here's Who Will Win at the Oscars

Three of the four acting contests are sewn up, and the fourth (Best Actor) is reaching mathematical certitude. The Best Director prize looks to be won by a Mexican for the second straight year. But when the Academy Awards air on Feb. 22, on ABC with host Neil Patrick Harris, the Best Picture category will make this one of the cloudiest Oscar races in ages.

The top contenders are trickster endeavors, each filmed in 30-some days: Birdman, which pretends to be a single shot lasting nearly two hours, and Boyhood, which spans 12 years of a Texas lad’s life. Earlier awards from the most influential Hollywood guilds—Producers, Directors and Screen Actors—give Birdman the edge: no film that failed to take at least one of these awards has won Oscar’s top prize since 1996, when Braveheart defeated the guilds’ favorite Apollo 13. Then again, the British Academy (BAFTA) has picked the “correct” film for the past six years. And this time, BAFTA chose Boyhood.

Hovering above these two acclaimed movies is the (red state) elephant on the ballot: American Sniper, which has earned more at the domestic box office than the other seven Best Picture nominees combined. But it won’t win. The Academy voters typically prefer to honor a socially relevant artistic triumph (12 Years a Slave last year, The Hurt Locker five years ago) over a crowd pleaser of distinction (Gravity, Avatar).

Here, then, are my picks for which films, filmmakers and stars will carry home 8½ lb. of Motion Picture Academy love from the 87th annual awards. 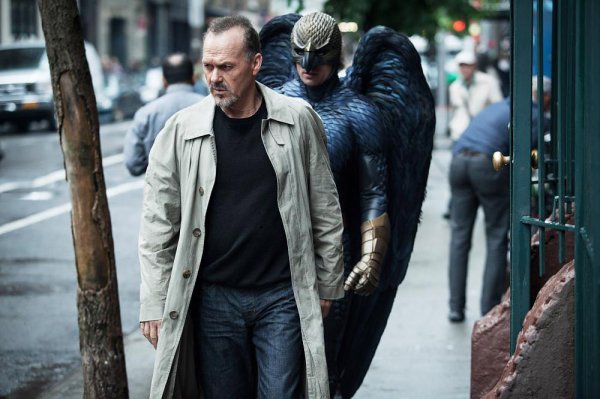 And The Oscar Goes To...
Next Up: Editor's Pick