How Television Changed the Oscars

It was, as TIME put it in 1953, a bit of a shotgun wedding: old-time Hollywood and his “child bride” television, as Bob Hope phrased it, had already effectively gotten together, and it was too late to go back. They made it official that year by introducing TV viewers to the Oscars, with the first-ever broadcast of the annual Hollywood ceremony.

The budget for the telecast of the 25th Academy Awards was a quarter of a million dollars, and veteran host Hope was chosen to MC the night from Los Angeles. And it was clear from the beginning that television would change things for the Academy Awards:

That first year, the presence of the cameras was perhaps the most notable effect of the televising of the Oscars. After all, movie fans had already been able to listen in on the radio, so the Oscars weren’t entirely new to them. Plus, TV didn’t get much respect at the time. Hope joked in his opening monologue that television was “where movies go when they die” and that some in Hollywood were reluctant to acknowledge it as a medium:

By the second year, about 40 million people tuned in — that’s not so far from the number for 2014 — and TIME commented that advertising to them was distracting from the actual ceremony. Already by 1957, the magazine complained that, “Any glamour that was left was promptly rubbed out by the split-second demands of television, which turned the parade of winners into a supermarket mob scene.” In just a few years, the small screen had pulled a Sunset Blvd.: the stars were still the same people, but they’d quickly gone from distant and magical to sadly normal, with a brief via “fascinating in an unrehearsed…way.” In the era of Seth MacFarlane regaling the at-home audience with a song about the anatomy of the industry’s most famous actresses, it’s clear that the progression away from that glamor didn’t stop.

The best picture award in 1953 went to The Greatest Show on Earth but the ceremony also introduced a new contender for “greatest show”: the broadcast was, according to the Academy, the most-watched show in commercial television history so far, and its effects are still being felt.

Read the full article from 1953 here, in the TIME Vault: The Oscars 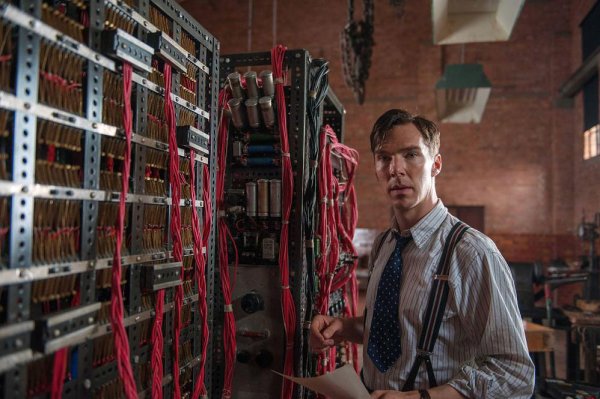 'The Imitation Game' Director Explains Why the Movie Didn't Stick to History
Next Up: Editor's Pick