Should I Eat Tofu?

And 80% of our experts are wild about tofu.

Made from the curd of crushed-up soybeans, tofu is a meatless master of disguise. A serving packs 9 grams of protein and even more iron, gram for gram, than a lean cut of steak—plus far more calcium, zero cholesterol and a fraction of the fat.

It’s been a staple in Asian populations for thousands of years. “The traditional Okinawan diet provided among the world’s largest intake of tofu, and Okinawans not only have lived the longest—with the least disability—but have had among the lowest heart disease, breast, prostate and colon cancer and dementia rates in the world,” says Dr. Bradley Willcox, a principal investigator with the Okinawa Centenarian Study and director of research in the department of geriatric medicine at the University of Hawaii.

Soy has a controversial reputation, since it contains phytoestrogen plant compounds that may or may not like the hormone estrogen, which is linked to breast cancer. Research on its health benefits is far from conclusive. But Maarten Bosland, a cancer researcher and professor of pathology at the University of Illinois at Chicago College of Medicine who’s researched soy, says he knows of no evidence showing it’s harmful—and plenty that points in the opposite direction. In fact, several studies have suggest that soy is linked to a lower risk of breast cancer, a better survival rate among people with lung cancer, lower levels of inflammation and a smaller risk of hip fractures in women, says Cameron Wells, RD, acting director of nutrition education for the Physicians Committee for Responsible Medicine.

Not everyone thinks consuming tofu is a good idea, including Elena Giordano, a biologist and nutritionist in Italy who researches the effects of soy in mice. 93% of soy is genetically modified, she points out. That’s because genetically modified soy is bred to be more resistant to herbicides. (There’s no solid evidence that GMOs cause any real harm, but if you’re worried, you can buy organic soy, which isn’t genetically altered.)

Think miso, tempeh, edamame—and those blocks of tofu, of course.

Read next: Should I Drink Almond Milk? 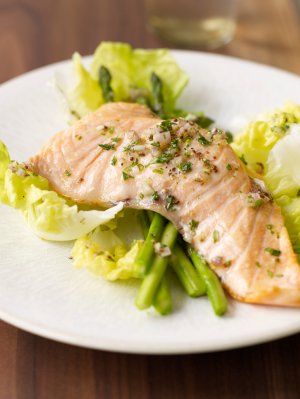 How to Eat All the Fish You Want, Minus the Mercury Danger
Next Up: Editor's Pick