Conan O'Brien Is the Right Man for a Visit to Cuba

A longstanding media blackout is about to be broken by—of all people—a basic-cable talk show host.

Conan O’Brien, who is currently filming material for the March 4 episode of his talk show, will become the first late-night host to broadcast from Cuba since America’s now-loosened embargo on the island nation began; after President Obama announced the relaxation of the embargo late last year, news anchors have traveled there, but not talk-show hosts. The fact that O’Brien is the “first” talk show host to make such a trip feels like a meaningless statistic: It’s hard to imagine any other host even having the idea to go in the first place.

Conan has been airing on TBS since 2010 (some months after his hosting The Tonight Show fell apart), and has been less able than his broadcast-network counterparts to lure big stars on a consistent basis. In order to earn good ratings, or, more realistically, to get clips circulated on entertainment blogs on weekday mornings, O’Brien has had to rely on stunts with varying degrees of effectiveness. While Jimmy Fallon on NBC and Jimmy Kimmel on ABC, particularly, have been easily able to put together bits where the mere participation of a celebrity is the joke, O’Brien has had to be wilier and more resourceful—or at least more extreme, as with his recent trip to the sauna with a star of The Walking Dead. It wasn’t really funny, but it went far harder than Fallon or Kimmel might have (to say nothing of the other major-network host, David Letterman, who’s winding down his show now).

Neither Kimmel nor Fallon would have done this, because they don’t need to; that is, when you can get Emma Stone or Katy Perry to be a part of your stunts, the concept doesn’t need to be quite so elevated. The fact that this presents a major opportunity for Americans to learn about a country to which access has long been restricted says something for the virtuous nerdiness that’s always been a part of O’Brien’s brand (and part of what made him such a poor fit for the un-cerebral Tonight Show). But let’s be honest: The show will be more jokes derived from man-on-the-street interviews than facts about Cuban culture and the effects of the embargo. And that’s fine!

Consider the late-night environment into which O’Brien is launching his show. When Fallon recently went on the road, it was to the Super Bowl host city of Phoenix, and then to Los Angeles, all places where his particular brand of access-driven hosting could thrive. If O’Brien interviews any recognizable celebrities in Cuba, they’ll be ones he brought with him. The Cuba broadcast comes with significant risk—in particular, the chance that he’ll be perceived, rightly or wrongly, as condescending to a group of people whose years under the Castro regime have given them enough to worry about without a comic coming in and joking at their expense. But the upside is high for a host who has grown wily enough, in his wilderness years, to make comedy without stars present. If anyone was going to be the first, and perhaps only, host to do this, it would’ve been O’Brien—and we’re better off for it. 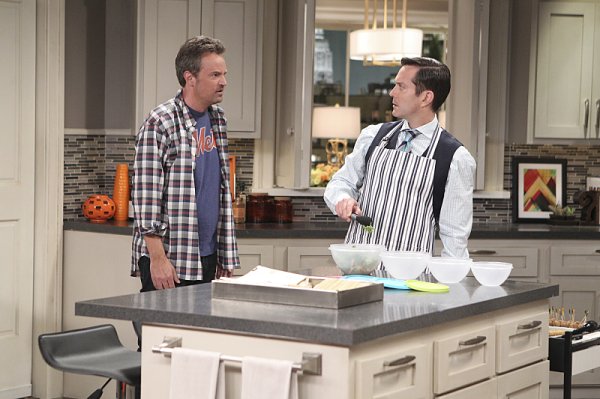 The Odd Couple Is a Revival Without a Reason
Next Up: Editor's Pick