Zvika Klein, a journalist who works for the Israeli news outlet NRG, filmed himself walking the streets of Paris for ten hours one day while wearing a yarmulke. The video opens with Klein putting on the traditional Jewish skullcap in front of the Eiffel Tower, before walking around the city. Along the way, Klein experiences what he describes as “fear and loathing,” as the camera catches people spitting on the ground near him, shouting “Viva Palestine” or simply saying, “Jew” or “Juif.”

The video has been edited down into a minute and a half and Klein had to go to areas where he, or any outsider, was likely to arouse attention. Klein, who wore a tzitzit or tasseled prayer garment to emphasise his identity, told the BBC that filming took place earlier this month and that while few incidents took place in the central areas of Paris, the outskirts of the city were a different story. “As we went to the suburbs, or certain neighbourhoods in the city, the remarks became more violent,” he said. (Klein also told the BBC that some bystanders also spoke out against the abusive comments he received.)

Klein’s video, which has been viewed nearly a million times since it was posted on Sunday, reflects a threat felt by more and more Jewish people in Europe, where anti-Semitic incidents are being increasingly reported. That fear is more pronounced following terrorist attacks in both Copenhagen and Paris earlier this year.

The video also replicates the format of a similar clip that went viral last October, which saw a woman walking the streets the of New York and recording the sexist harassment she encountered.

Read next: Jews Face Renewed Doubt Over Their Future in Europe 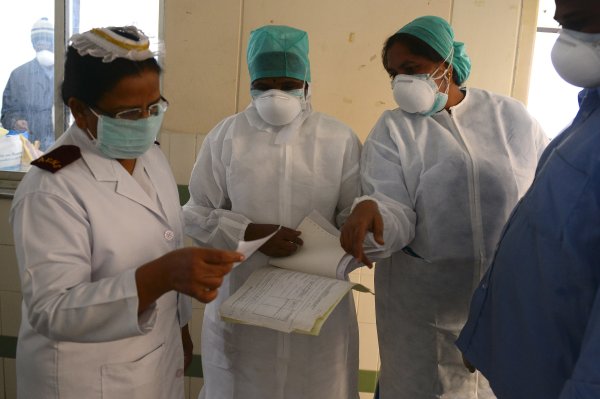 Swine Flu in India Kills 100 People in 3 Days
Next Up: Editor's Pick