Ready at Dawn
By Matt Peckham

“When you play a game, one moment you’re just controlling it and then suddenly you feel you’re in its world,” said Nintendo luminary Shigeru Miyamoto in a recent interview, adding that playing a game is thus “something you cannot experience through film or literature.”

What to make of developer Ready at Dawn’s gloomy, Victorian, supernatural pastiche The Order: 1886 then, a game that frequently takes player control away?

On the one hand, The Order: 1886 is an interactive drama (or what we might have called an “interactive movie” back when Under a Killing Moon and Phantasmagoria were in vogue) that spends Hideo Kojima quantities of time in the driver’s seat. It’s a kind of participatory film with occasional bursts of third-person action, in other words. But are games only games when we’re manipulating the action? Is player agency the be-all, end-all? Or is there something potentially fascinating when simply watching what happens is a large part—or most—of the experience?

All I can tell you is that I generally enjoyed The Order: 1886‘s hybrid approach to whatever it is we want to call what we’re doing these days when we play/receive/experience/watch a game. In fact the more I delved into Ready at Dawn’s Arthurian legend retelling, the more I appreciated the way the studio seemed to know just the right moments to step forward and tell its story, then back away to let you maneuver through its James Bond-meets-Nikola Tesla ballistic scenarios for yourself.

If there’s one thing The Order: 1886 does very well, it’s providing that sense of continuously inhabiting a detailed world. Call it a PlayStation 4 tech demo if you like, it’s still an achievement: the render complexity of Square Enix’s Final Fantasy: The Spirits Within finally realized in realtime, any lingering benefits of pre-rendered cutscenes extinguished in one gorgeously shaded and illuminated swoop.

Sometimes that leads to overindulgence. You can pick up items and glean vague plot-related details, for instance, but they’re window dressing (and at best worth a few PlayStation 4 trophies). The Order: 1886 isn’t an adventure game where you sleuth for clues to solve puzzles, but hefting objects for admiration’s sake alone feels like a missed opportunity. I spent a fair lot of time perusing doohickeys, papers and photographs, finding nothing gameplay-related, and wondering if I’d missed the point (or joke).

But there’s undeniably something more intimate about this sort of carefully controlled, story-emphatic, single-player approach that’s absent from freeform games: the shifting abilities (sometimes you can walk, run, climb, shoot, sometimes one at a time, sometimes all together) that ironically increased my involvement with my surroundings, and the way the studio uses the game’s slower pace to unpack the characters and plot.

Not that Ready at Dawn’s design choices are unimpeachable. The story, however well told, feels a bit too Underworld in an era of hackneyed monster mashups. The quicktime events are as derivative and lifeless as quicktime events have ever been, and the only minor innovation–having to swing the camera around to unmask which button to push–feels like a pointless tack on.

That goes double for all the repetitive input. Game studios still haven’t figured out that asking players to jam on a button to make whatever mechanism work (like moving an elevator) is a cliched and frankly impoverished substitute for actual interactivity. If, for instance, you’re going to make sending Morse Code integral to the game, great, but if you’re just asking me to tap out a few letters on a control surface once and for novelty’s sake, then as Hume said, to the flames.

I’m also a little conflicted about the game’s gunplay. A few of the weapons are halfway interesting (in particular a monstrous thing that lets you fire combustible powder, then ignite it with a followup flare). The enemies are more than competent, and the difficulty spikes satisfyingly brutal. But there’s something a little formulaic about the way enemies appear during these sequences—like pop-ups in a carnival game, the deadlier heavies arriving only after you’ve passed a threshold, making battles less about learning to react shrewdly than pattern recognition.

But then I also love the way low cover obscures your view during shootouts, encouraging you to seek taller cover (you can see more, standing and shooting around corners), or to find cover that’s a mix of both so you can alternate fluidly. I love that snipers won’t shoot until you pop up, that if you’re not using cover judiciously bullets can hit and knock you into the open, that shotgunners flank at close range and that you can dodge grenades.

A word about the ending, which didn’t work for me. As spoiler-free as possible, I can say it comes down to a choice, or the lack of one, and at the only point I wanted the freedom to choose. I get that Ready at Dawn needs to tell its story, that as far as its concerned the choice made is the only one possible, but boy oh boy that ending…it’s the one place where auteurism and agency feel most like matter touching antimatter, and not in an artsy or revelatory way.

Some players are going to buck Ready at Dawn’s approach no matter what I say, and by all means steer clear if “interactive drama” isn’t your thing, but I submit that’s the wrong place to raise bulwarks. The Order: 1886 has flaws enough without conflating personal taste and flawed presumptions about game design—though it’s also a promise, assuming Ready at Dawn gets the go-ahead to make a sequel, of what this sort of author-player partnership could yield, better tempered, down the road.

Review using the PlayStation 4 version of the game.

Read next: This Museum Is Building a Video Game Hall of Fame 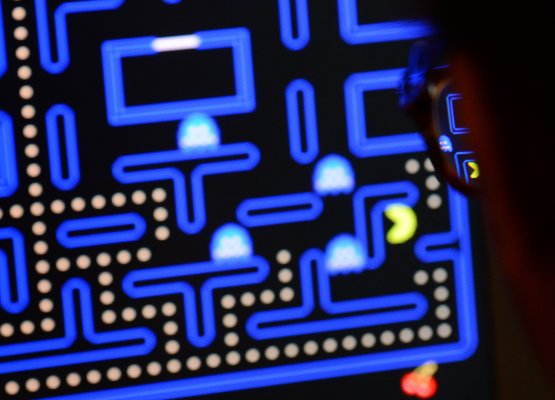 This Museum Is Building a Video Game Hall of Fame
Next Up: Editor's Pick