Apple design chief Jony Ive may have played a role in the concept behind the three-pronged lightsaber featured in the trailer for the upcoming Star Wars film, a new profile in the New Yorker suggests.

Ive reportedly told J.J. Abrams, the director of Star Wars: Episode VII — The Force Awakens, that the lightsaber would benefit from a redesign to make it “more analog and more primitive.”

“I thought it would be interesting if it were less precise, and just a little bit more spitty,” Ive told the magazine.

Abrams took the comments to heart even though the suggestion reportedly came at a “boozy” dinner party, the New Yorker reports. Ive said he didn’t suggest adding the two beams at the hilt, which make the lightsaber look somewhat like a three-pronged cross.

Ive is known for his influential role designing Apple products including the iPhone and iPad. 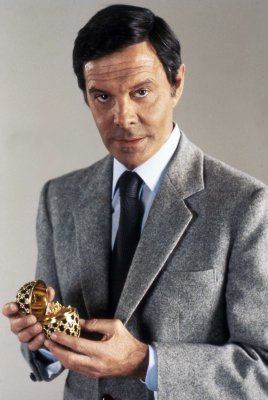 Gigi Star Louis Jourdan Dead at 93
Next Up: Editor's Pick