Somehow, "Custom-made for Rich People Street" doesn't have quite the same ring as "Savile Row."
Bloomberg—Getty Images
By Sarah Begley

In a bid to attract more Chinese travelers to its shores, the United Kingdom has a campaign underway to assign Mandarin names to many of the country’s most popular tourist attractions.

Britain’s national tourism agency, VisitBritain, has released some of the most popular suggestions, and each of the 101 locations have been notified of their three most popular options.

They’ll narrow it down to one result over the coming days, but in the mean time, some of the Mandarin alternatives reveal the very literal thought process behind this initiative.

“GREAT names for GREAT Britain” takes the Shard—a fairly accurate if abstract name for the London skyscraper—and renames it “A Tower Allowing Us to Pluck Stars From the Sky” or “London Cone.” The dapper Savile Row becomes “Tall, Rich, Handsome Street” or “Custom-made for Rich People Street.” And apparently Chinese must be more skeptical than Scots, because “Loch Ness Monster” in its Mandarin form is downgraded to “Loch Ness Shadow.”

It will remain to be seen whether these English roses by any other name will smell as sweet, but Chinese tourists will be in for at least one fragrant attraction in the U.K.: Haggis, or in its new form, “Made of Sheep’s Stomach and Smells Good.” 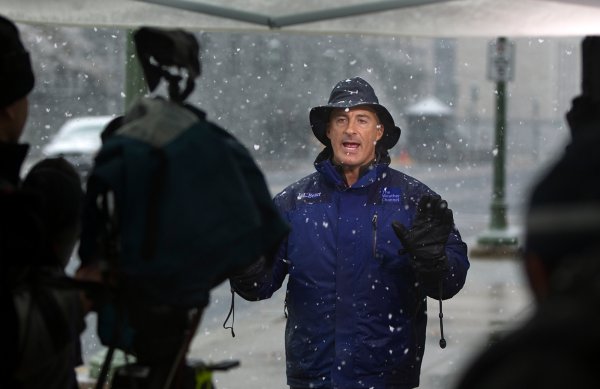