Hundreds of Jewish Tombs Have Been Desecrated in France

Hundreds of Jewish tombs at a French cemetery in eastern France have been vandalized in what the French Interior Minister Bernard Cazeneuve called “a despicable act” on Sunday.

The incident, which happened in the town of Sarre-Union, near the German border, is the latest to have targeted European Jews in recent months, according to the Guardian.

“Everything will be done to identify, arrest and judge the perpetrator or perpetrators of this ignominious act,” Cazeneuve said in a statement.

Images on social media show the tombs violated with images of swastikas and Nazi symbolism.

French Prime Minister Manuel Valls took to Twitter to denounce the “anti-Semitic and ignoble act,” declaring that everything will be done to find those responsible.

Just one day earlier, a synagogue in Copenhagen was the target of a deadly shooting and in January four Jews were killed in a Paris supermarket siege following the Charlie Hebdo terrorist attacks. 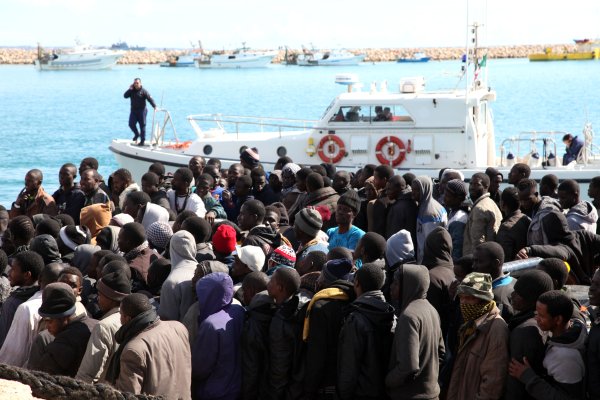 Over 2,000 Migrants Rescued in the Mediterranean
Next Up: Editor's Pick