No celebration of Saturday Night Live’s history would be complete without at least one round of Celebrity Jeopardy. Hosted by Will Ferrell as long-suffering host Alex Trebek who is just trying to get the celebrity contestants to finish one lousy round of Jeopardy.

That’s not likely to happen, though, with Sean Connery’s (Darrell Hammond) thick Scottish accent interfering with his ability to ask questions, Norm MacDonald’s Burt Reynolds insisting on answering imaginary questions about Andre the Giant, Alec Baldwin’s Tony Bennett, and Kate McKinnon’s Justin Bieber taking off midgame and having his lawyer stand in for him.

Halfway through the sketch, Jim Carrey showed up in character as Matthew McConaughey to further torment Trebek with his DIY voiceover, intense eye contact and monologue about his Lincoln.

When the contestants finally made it to a Video Daily Double on the game board, it created an awkward moment when Kenan Thompson reprised his role as Bill Cosby, which an embarrassed “Trebek” explained was “filmed back in June.”

It was a great tribute to one of the best, and longest-lasting, sketches in SNL history. 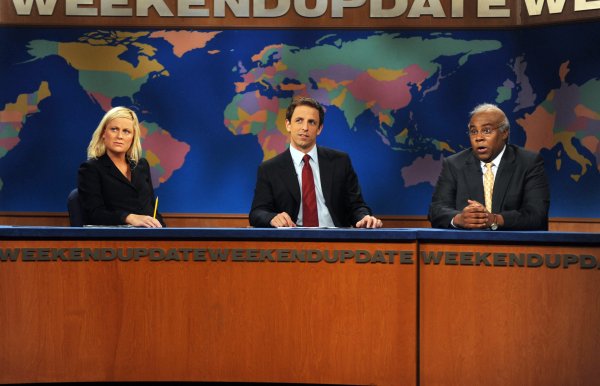 The 5 Funniest 'Saturday Night Live' Skits About Money
Next Up: Editor's Pick