A teenage girl detonated a suicide bomb in a bus station in northeast Nigeria Sunday, killing 16 people, most of them children.

Although nobody has yet taken responsibility for the attack, it closely resembles others carried out by Islamist extremist group Boko Haram, which has frequently used young girls as suicide bombers in the past. The bomber detonated the bomb at the bus station in Damaturu, the capital of the Yobe state, at around 1 p.m. Many of the victims were children who had been selling peanuts or begging near the bus station, the Associated Press reports, and 30 other people were injured. Witnesses said the bomber was around 16 years old.

Boko Haram, which is fighting for Islamic rule in Nigeria, has been responsible for over 100,000 deaths last year and many abductions, including the high-profile kidnapping of 276 schoolgirls from a secondary school in Chibok. 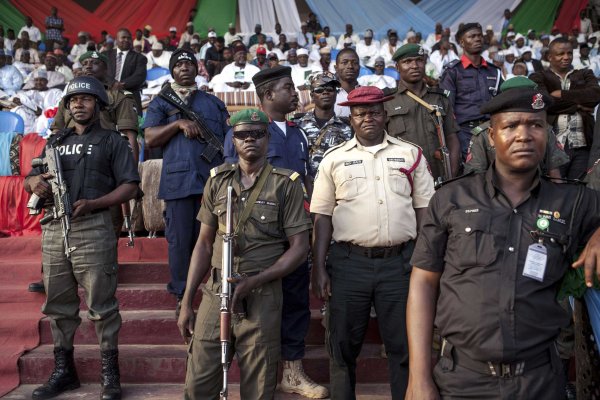