The photo, which was initially attributed to an upcoming issue of Marie Claire, is actually a leak from a 2013 cover story of Marie Claire Mexico and Latin America. “No matter where the photo came from, it’s an enlightenment,” Marie Claire writers wrote in a web post about the leaked photo. “We’ve always known Crawford was beautiful, but seeing her like this only makes us love her more.”

Social-media commentators are rallying around the leaked photo as a way to celebrate natural aging.

Crawford has not yet made any public statement about the leaked photo, but she did share some thoughts on aging gracefully. “I really think — at any age — it’s learning to be comfortable in your own skin,” she told Marie Claire at the premiere of her new documentary, Hospital in the Sky. “For me, that’s doing the kind of work I like, being in a good relationship, being the kind of mother I want to be — and taking care of myself.” 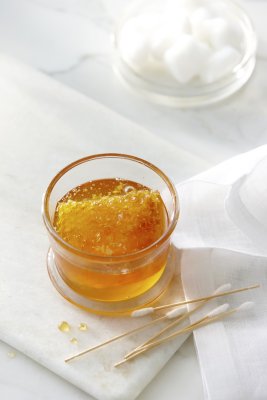 5 Ways to Improve Your Skin Through Food
Next Up: Editor's Pick