President Obama acknowledged that the United States “plays offense” against other countries online, arguing that the lines between defensive and aggressive actions are blurred in the world of cybersecurity.

In an interview with the tech news website Re/Code during a visit to Silicon Valley, Obama compared online security to basketball, describing a fluid situation where America routinely switches between offensive and defensive actions.

“This is more like basketball than football in the sense that there’s no clear line between offense and defense,” he said. “Things are going back and forth all the time.”

He also argued that the technology goes both ways “because when you develop sufficient defenses, the same sophistication you have for defense means that potentially you can engage in offense.”

The remarks come after cyberattacks last year aimed at Sony over the planned release of the comedy The Interview, for which U.S. officials blame North Korea, and more recent attacks on the Anthem insurance company, in which China is suspected of playing a role.

Obama called for a set of international protocols that would set “clear limits and guidelines” on cyberwarfare.

MORE: Here’s How Obama Wants to Protect Against Hackers

“It’s not as if North Korea is particularly good at this,” he said. “But look how much damage they were able to do.”

He also argued that Iran is “good” at hacking, while China and Russia are “very good.”

The president was also asked about what technologies he uses personally.

“I don’t have a Fitbit yet, but I work out hard,” he said. “Word is these Apple Watches might be a good companion for my workouts. So I’m gonna see, I’m gonna test it out.” 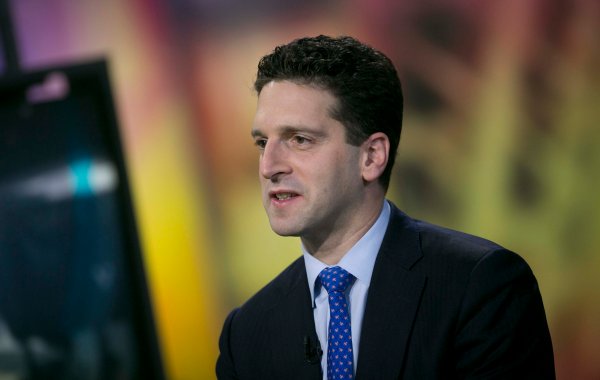 The Future of Cyber Security
Next Up: Editor's Pick