Those sounds you hear? They’re the sobs of Cumberbabes across the world.

Benedict Cumberbatch is officially off the market. The Imitation Game actor tied the knot with theater director Sophie Hunter on Saturday.

The private ceremony took place at St. Peter and St. Paul’s Church in Mottistone, located on the Isle of Wight in England. A reception followed at Mottistone Manor.

The medieval church was constructed in the 12th century. The manor is maintained by the National Trust and was first mentioned in the Domesday Book, which was completed in 1068. The oldest parts of the home that currently stands on the estate date back to the 15th century.

A local townsperson tells PEOPLE that Mottistone Manor has a special connection to Hunter as she is related to the Nicholson family, who live on the estate. The family, who are descendants of the 1st Lord Mottistone, bequeathed the estate to the National Trust in 1963.

“Seely family or Nicholson family now are tenants or residents even though they’re the hereditary landowners,” the organist at the church told PEOPLE. “Seely Family are the Lords and Ladies but they’ve sold their house to the National Trust. They live there or live on as tenants. They must have some sort of special agreement with the National Trust.

Another local told PEOPLE that the church is “very pretty,” but probably would fit more with a small wedding.

“The church is not that big … I would say maybe 100 people maximum would fit in there,” they said. “It’s a beautiful setting and very old English, very quaint and pretty.”

Despite Hunter’s connection to the town, locals tell PEOPLE that the couple brought in their own flowers, cake, and music for the wedding. Local florists and bakers confirmed that they were not making anything for the special occasion.

The scene of the wedding was low-key, with a group of about 12 well-wishers gathering to watch the arrivals at the church.

The Isle of Wight County Press reported that the groom spent the night before the wedding at the Royal Yacht Squadron, a prestigious yacht club founded in 1815 and whose patron is Queen Elizabeth II and the club’s Admiral is Prince Philip.

The stars, who are expecting their first child together later this year, caused a stir in November when they announced their engagement the old-fashioned way: with a notice in the U.K.’s Times.

“It’s what I would have done if I wasn’t sort of famous,” he told PEOPLE at the time. “It’s what we do. It’s a kind of traditional thing to do.”

Cumberbatch, 38, and Hunter, 36, reportedly met on the set of Burlesque Fairytales in 2009. This is the first marriage for both.

RELATED: Stars Who Got Married on Valentine’s Day

While Cumberbatch has a notorious female following, he tells PEOPLE that Hunter isn’t bothered by all the attention he receives.

“She’s just so in command of it,” he told PEOPLE of how she deals with his popularity with women. “It could be a difficult thing, but she’s just really cool. It’s really impressive.”

He also said that the couple is floored by the response they received when they announced their engagement.

“One of the most incredible things about getting engaged, which we had no idea would be coming back our way, is the amount of love that just keeps flooding back, ” he said. “I thought it was just all abut us declaring that we were in love and getting married, but actually it’s the world going, ‘We love you too!’ It’s amazing. Family, friends, the world … it’s amazing.” 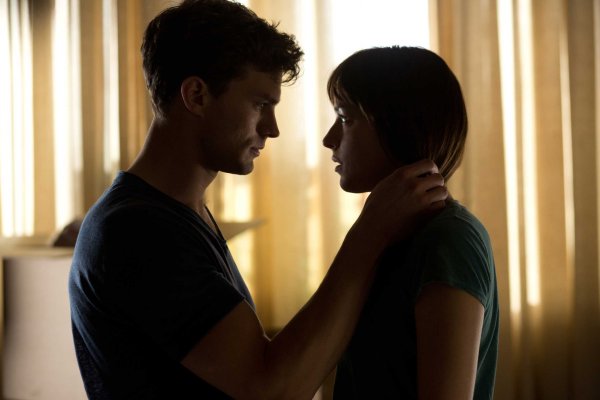