Some Native Americans say Facebook won't allow them to log in because their names are "inauthentic."
Jörg Carstensen—AP
By Josh Sanburn

The social network has a history of telling its users that the names they’re attempting to use aren’t real. Drag queens and overseas human rights activists, for example, have experienced error messages and problems logging in in the past.

MORE: Watch the Hypnotic New Ads That Are About to Take Over Facebook

The latest flap involves Native Americans, including Dana Lone Hill, who is Lakota. Lone Hill recently wrote in a blog post that Facebook told her her name was not “authentic” when she attempted to log in.

MORE: Facebook Unveils Its Plan to Strike Back at Hackers

Facebook faced similar problems last year and announced that it had changed its policy, stating that people can use the “authentic name they use in real life.” But it appears that the social network will again have to amend its real names policy if Native Americans continue experiencing problems. 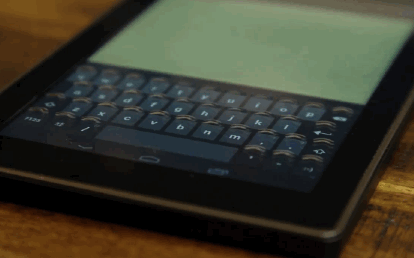 This Magic Touchscreen Keyboard Might Change How You Type
Next Up: Editor's Pick