Wisconsin Gov. Scott Walker—a leader in the 2016 Republican presidential sweepstakes—prompted some stateside head-scratching this week when he dodged a British journalist’s question about evolution.

Walker said, “I’m going to punt on that one… That’s a question that a politician shouldn’t be involved in one way or another.” He was in London on a trade mission.

Among those who questioned Walker: the chair of his high school science department, Ann Serpe, 73. “Answer the question when they ask you!” Serpe said in an interview. “He could have manned up a bit. That’s what I would tell him.”

Serpe, who taught chemistry and chaired the math and science department at Delavan-Darien High School in Delavan, Wis., before her retirement in 1998, now lives in nearby Elkhorn. She recalls that Walker, her pupil and an advisee in student government, was a bright, committed participant in class. Walker graduated in 1986.

What would Walker have learned in high school? “We taught the theory of evolution, and human evolution, as a prerequisite to understanding biological classification. I went out and looked at my biology textbook just to make sure.”

Serpe says, “I don’t know the dogma of the Baptist church where Scott’s father was the minister, as it concerns evolution. But I do recall that Scott was very accepting of everything in science class. He had a good sense of it.”

Walker’s onetime teacher has seen him a few times since his high-school days. She even attended one of Walker’s fundraisers in Milwaukee. Darwin, though, hasn’t come up in their conversations.

She says she hopes he—”as an intelligent young man”—would understand the importance of scientific thought, that evolution and creation are not mutually exclusive. Walker, who may be two decades removed from Serpe’s classroom, said on Twitter that science still informs his worldview. 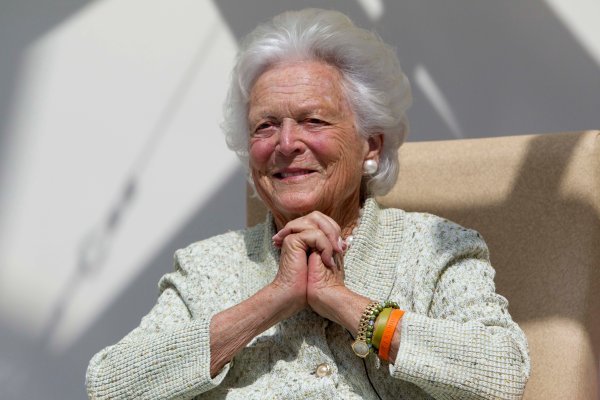 Barbara Bush Changes Her Mind About Bush Dynasty
Next Up: Editor's Pick