No scientists were harmed in the making of Hot Tub Time Machine 2, which comes out on Feb. 20 — but that doesn’t mean their brains won’t hurt if they think too hard about the plot.

Star Rob Corddry spoke to TIME about his own love of time-travel films and how Hot Tub filmmakers decided to scrap the number-one rule of those screenplays: the rule that says the story must be internally consistent, so it can at least pretend to make sense. Without those limitations, he says, the sky — or, rather the Jacuzzi — was the limit.

TIME: Has doing these movies made you think more about time travel?

Rob Corddry: It’s funny; I think I’d given more thought to time travel pre-Hot Tub Time Machine than I do now. I was always pretty obsessed with it as a child and I’m a real sucker for time-travel movies. I don’t think I’ve ever seen a bad one, and there’s been some real clunkers. I cried during The Lake House.

Do you have a favorite?

I would say Somewhere in Time.

I haven’t seen that.

Do you want to cry?

Oh, you’re gonna cry. This is gonna do it for you. For Hot Tub Time Machine, we sat in a room when we were developing the first one, and really tried to figure out our rules for time travel, because [time-travel movies] are all different but you have to at least follow your rules that you established. And we realized after two hours of frustration, like, first of all, the discussion we’re having is like we’re actually trying to figure out time travel and how to do it, and it’s impossible. And secondly, every single time travel movie has started with this discussion, so why don’t we just f–k it and say, like, we’ve got these sort of rules and they’re based on no theory that takes any thought, and let’s just go and make d–k jokes.

So, no scientific advisers were involved.

We almost did! Steve Pink, the director, talked to somebody once. And at the time I listened to this NPR story about this scientist Ronald Mallett — I believe Spike Lee bought the rights to [his story] and is doing the movie. He’s a black professor of physics who was obsessed with time travel because he wanted to see his dead father. He actually figured it out. Time travel is theoretically possible but I guess to actually do it you would have to build a machine that is too big for the Earth to sustain and it would only send you back in time to the moment that you turn to machine on.

It is useless. That’s not really time travel. It’s basically spending a lot of money to flick a switch. 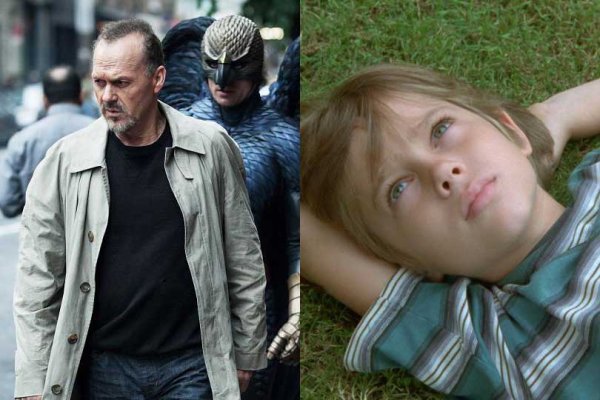 Here's Why the Oscar Race for Best Picture Is Unusually Tricky This Year
Next Up: Editor's Pick