Where boots have tread: The Apollo 17 landing site, photographed by the Lunar Reconnaissance Orbiter, which revisited the moon in 2009. The lunar module descent stage, the lunar rover, scientific equipment and both footprints and tire tracks are visible.
NASA
By Michael D. Lemonick

One of the biggest scientific surprises that came out of the rocks hauled back to Earth by the Apollo astronauts of 60’s and 70’s was the discovery that much of the Moon’s trademark cratering came during a single, catastrophic event. Known as the Late Heavy Bombardment, it was an unimaginably violent fusillade of asteroids or comets (or both) that tore through the inner Solar System about 3.8 billion years ago. The cause is still unknown, although theorists think it might have happened when Jupiter and Saturn readjusted their orbits and another giant planet was ejected from the Solar System entirely.

If the bombardment occurred at all, that is. But a paper in the new journal Science Advances suggests that maybe it didn’t—or at least, not all at once. “It’s not a bad theory,” says lead author Cameron Mercer, of Arizona State University, “and in some parts of the planetary science community, it’s accepted as gospel.”

Until now, the only direct evidence challenging the prevailing, single-bombardment theory had been pockets of impact-related melting in lunar rocks that appear to have been formed at different times. The measurements used as evidence, however, are somewhat crude and far from conclusive.

Now, however, Mercer and his co-authors have used ultraviolet lasers to study lunar samples brought back back by the final Apollo landing mission, Apollo 17, more than 42 years ago, and have found evidence of at least three major melting events, presumably caused by powerful impacts, at 3.8, 3.7 and 3.3 billion years ago. All of that evidence was found in just one rock, but another sample, collected a few hundred feet away, showed evidence of yet another bombardment, this one occurring 3.83 billion years ago. “This calls into question just how well we know the chronology of lunar impacts,” Mercer says.

The problem with the earlier estimates, says co-author Kip Hodges, also at Arizona State, is that they were based on samples weighing tens of milligrams—which is actually large when you’re looking for evidence than can be microscopic. Scientists would heat up the bits of rock, then measure the relative amounts of radioactive potassium-40 to argon that emerged. Since potassium decays into argon at a known rate, they could calculate how long it’s been since the rocks last melted.

But if there are pockets within the samples containing ancient, melted rock of different ages, you’d only get their average ages—and that’s what evidently happened, at least in some cases. The new analysis is a lot more precise: it looks at rock fragments a thousand times smaller. “Thirty-five years ago,” says Hodges, “all we could really say ‘there’s been melting,’ but now we can look with much finer resolution.”

Still, even if rocks from all six lunar landings are studied, they represent only a tiny fraction of the entire lunar surface. Extrapolating too much from them would be a little like collecting scoops of rock at half a dozen spots in North America and pretending you understand all of Earth’s geology. The lunar sample set remains narrow even if you add material returned by the Soviet Union’s robotic Luna probes and Moon rocks that have fallen to Earth as meteorites.

“If we want to know the real history,” says Hodges, “we need more samples. It’s really time,” he says, “to start thinking about going back.” 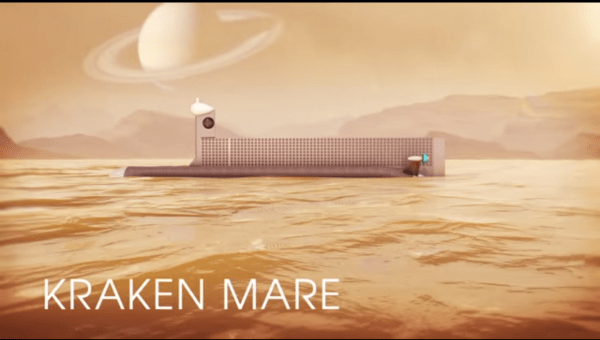 NASA Wants to Send Space Submarine to Saturn Moon
Next Up: Editor's Pick