New Research Shows Some Dogs Can Tell When You're Mad

Wonder no more if your dog knows that you’re mad he or she used your favorite slippers as a toilet; a new study shows Fido may have an idea of how you feel.

A group of researchers trained a group of 11 dogs to differentiate between angry and happy human faces. During the study, the dogs were shown either the upper or lower half of a person’s face in various emotional states, according to Live Science. Then, to test the dogs, researchers showed them different images than the ones used in training, using either a different half of a face the dogs already saw or an altogether new person’s top or lower face.

The researchers are confident that based on their results, and the results of other, less conclusive attempts, some dogs are able to differentiate between human expressions.

“With our study, which was inspired by these previous attempts, we think we can now confidently conclude that at least some dogs can discriminate human facial expressions,” Corsin Müller, an animal-behavior researcher at Messerli Research Institute at the University of Veterinary Medicine Vienna and the author of the study, told Live Science. Müller’s study was published Thursday in the journal Current Biology. 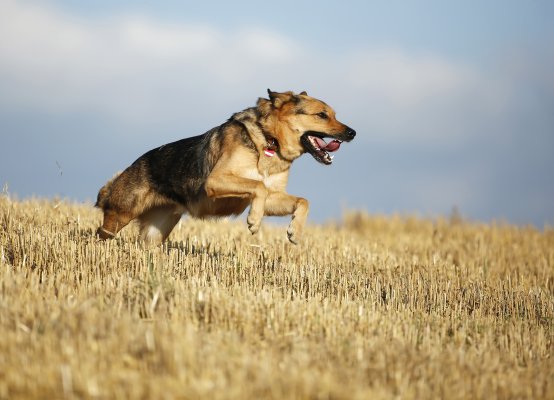 California Police Dog Killed in Action Gets Hero's Farewell
Next Up: Editor's Pick