Think You Have Off Monday? No, You Don't

This Presidents Day, most offices will be dark. But a surprising number of us will still be working, even on what’s nominally a holiday.

Yesware, an email tracking and analytics company, sifted through more than 23 million emails sent out by corporate users of its service over roughly the past year and took a look at email activity around three-day weekend holidays — Martin Luther King Jr. Day, President’s Day, Memorial Day, Labor Day, and Columbus Day. Its findings are kind of discouraging — and probably quite familiar to many of America’s overworked desk jockeys.

“On the weekdays leading up to and following a holiday, there is a noticeable bump in email volume,” Yesware’s report notes. We “cram” for the holidays before and afterwards by buckling down and tackling our inboxes, but our actual email usage doesn’t actually drop by all that much during the holiday itself.

“The move towards laptops, tablets, and smartphones can also make it more difficult to fully disconnect on the weekend — even when that weekend is followed by an extra day off,” says Yesware CEO Matthew Bellows.

The data shows that, while less email is sent, read and replied to on holidays, the drop isn’t nearly as steep as you might think. On a holiday Monday, people only send 40% less email than they would on a regular Monday, even though they’re technically off.

And while it takes people longer to get around to opening emails and writing replies back, the difference is only about 15 minutes — a strong indication that we’re all pretty much tethered to our smartphones all the time. Sure, you might leave your phone on the towel while you take a dip in the pool, or stick it in your back pockets while you take a hike, but we’re not really getting off the grid in any meaningful way.

The two holidays when people are most likely to take an honest-to-goodness break from the email madness are what Yesware dubs the “backyard bbq holidays,” Memorial Day and Labor Day.

Presidents Day is another story, though. “The email volume going out on President’s Day is actually much less compared to the other holidays and normal Mondays,” Bellows says. “The open and reply rates are indeed higher.”

Specifically, the number of emails people open as a percentage of the ones they receive are higher on the Wednesday, Thursday, Friday and weekend before, as well as the Tuesday and Wednesday after, Presidents Day, than on any other holiday with one exception: Open rates are higher on the Sunday before Memorial Day. The rate at which people reply to the messages they get shows a similar pattern.

The holiday has a spillover effect, too, Yesware finds: The open and reply rates the entire week of Presidents Day (Wednesday through Sunday before Presidents Day as well as Tuesday and Wednesday after) are even higher than they are on regular non-holiday workweeks.

Bellows says some of the high percentages of open and reply rates on holidays and the days surrounding them can be attributed to much lower volume. Since the sheer number of emails people get is so much lower, they ones they do get are more likely to get their attention.

“On any given day, weekday or weekend… people [are] constantly fiddling on devices. It doesn’t matter if you’re out in public or home on your couch, there is always a path to reach people,” Bellows says. 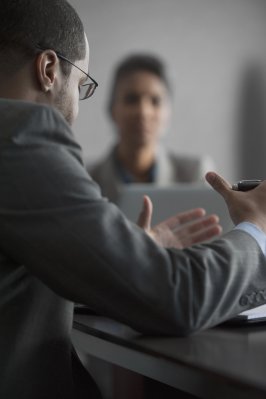 5 Questions Hiring Managers Think During Interviews (But Might Not Ask)
Next Up: Editor's Pick