A Christian group with has invited Republican Party leaders to Iowa to hear from two conservative presidential candidates next month, just weeks after taking a group of Republicans on a trip to Israel.

David Lane’s American Renewal Project sent the invitation Thursday to the 168 members of the Republican National Committee, inviting them to attend an “Iowa Renewal Project’s Pastors and Pews” event in Des Moines on March 9-10. The gathering, titled “Rediscovering God in America.” will feature Louisiana Gov. Bobby Jindal and Texas Sen. Ted Cruz, along with Iowa Lt. Gov. Kim Reynolds, according to the invitation.

“Meals and lodging are complimentary and will be provided by the Iowa Renewal Project,” the invitation says.

Lane’s group, which is an affiliate of the American Family Foundation, organized the Israel trip in January, which drew more than 60 RNC members. That trip became mired in controversy over the AFA’s long history of controversial statements and ties to Bryan Fischer, who has a record of inflammatory rhetoric about homosexuality and various religions. MSNBC host Rachel Maddow highlighted the affiliation on her show last month and AFA cut ties with Fisher, but allowed him to keep his radio show. The trip was later condemned by the Anti-Defamation League and some Republicans.

In a separate newsletter sent earlier Thursday, Lane wrote that “Jesus Christ is America’s Greatest Export,” and criticized the Supreme Court for its role in striking down abortion and same-sex marriage bans. “We have allowed a holocaust in America and the government defiling God’s design for our sexuality,” he wrote.

Lane has long been a powerbroker for the GOP’s bloc of evangelical pastors and voters, organizing Israel trips for other 2016 contenders vying for the social conservative vote, like former Arkansas Gov. Mike Huckabee and Sen. Kentucky Rand Paul. Lane also hosted a recent prayer rally with Jindal in Louisiana, as well as a similar event in 2011 with former Texas Gov. Rick Perry. 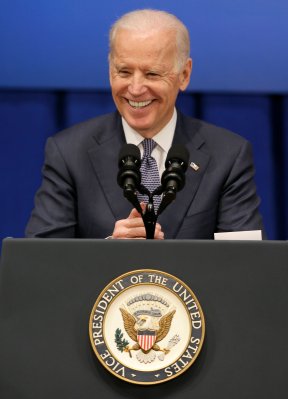 Biden Says 2016 Decision Coming 'At the End of the Summer'
Next Up: Editor's Pick