Changing How We Think

What kind of thinking leads to better outcomes? That’s the question that Roger Martin addresses in his wonderful book Diaminds: Decoding the Mental Habits of Successful Thinkers. Changing how we think isn’t easy though.

The world is awash in complexity. Nearly every decision we make is uncertain. There is no one way to look at uncertainty. There are as many ways of seeing, experiencing and representing problems as there are people. Each person, in turn, brings their own mental models.

Integrators attempt to hold two, often contradictory, ways of seeing the world. Rather than fearing the ensuing tension they embrace it.

This is reminiscent of F. Scott Fitzgerald, who said:

But that view is not out of reach to the layperson. It’s also not new. Thomas C. Chamberlin, President of the University of Wisconsin from 1887 to 1892, proposed the idea of “multiple working hypotheses.” In an article published in Science, he wrote:

Martin believes that “thinkers who exploit opposing ideas to construct a new solution enjoy a built-in advantage over thinkers who can consider only one model at a time.”

This is not either/or thinking, it’s using a broad-based education to push past the limits of binary thinking and into new ways of combining things. Another of Martin’s books, Opposable Mind: Winning Through Integrative Thinking, defines integrative thinking as:

Martin argues that this type of thinking is both identifiable and learnable. Changing how we think is possible.

What we think is often made up of habits or, as Martin calls them, “repetitive and recurrent units of mental behaviour that occur on very short time scales.” Most of our mental models and internal stories work by matching patterns — they close off ideas as soon as one fits without attempting to falsify it. In an evolutionary context this makes a lot of sense. If you see a lion, you run. This is fairly closed. You don’t ask a lot of questions or attempt to discern if the lion is friendly or not. Our minds are optimized to think and act quickly. This is system one thinking at its evolutionary finest and it’s fairly inexpensive as far as mental habits go.

Think about how we respond when asked a question of the sort – why did you do X. Our inclination is to respond with a because answer, which rarely includes a cause. If you made a decision, you would offer a reason “this was the best decision given the information” and not “it caused me to avoid someone I’ve been trying to avoid.”

Habits are not all burdens. Often, as Martin points out, they “make thinking bearably simple” But we need a way to describe them if we are to understand them. In Diaminds: Decoding the Mental Habits of Successful Thinkers, Martin writes:

The point is to get marketing people and engineering people to think together to create better thinkers. We want to combine the broad thinking the marketers bring to bear on the problem with the logical depth the engineers bring to come up with better solutions.

Martin defines a mental habit as “a pattern of thought that is so entrenched and feels so natural that it has become unconscious and therefore goes unnoticed.” Elaborating on this, he writes:

These thoughts are unconscious and feel natural.

You arrive late to a meeting. While the reasons vary from situation to situation, you likely never tell the truth but rather blame something else. Traffic was bad. My alarm clock didn’t go off. You almost never hear anyone say, ‘I was late because I forgot to check the room for the meeting.’

This, in Martin’s words, is the difference between responsible and defensive behaviours.

A CEO asks his CFO if he is sure about the data in the report. If the CFO responds with a no, the CEO thinks he is incompetent. Or maybe the CEO asks the lead on an important project what the odds are they can hit the deadline. The person responds with 80% and the CEO’s next question is “how can we hit 100%?”

As unconscious and intuitive habits, these are often hidden from us and often come from our desire to feel good. Over time, however, these habits become our reality. We believe in the validity of these explanations and this affects how we think about ourselves and the world around us, and how we approach problems. The words we speak become the way we think.

Tinker With your Thinker

Designing and controlling our mental habits is possible because thinking, when done deliberately, is a sequence of words and sentences. The Panopticon Effect impacts how we design our minds.

The key to changing how we think, then, is to switch from intuitive to deliberate thought, observe our patterns of communication, and then change the way in which we communicate. As Heinz von Foerster put it, ‘If you want to think differently, first learn to act differently.’

Communicating differently with others and yourself is the key to changing your mind.

In the end changing our patterns of thinking becomes about changing the language we use for internal and external communication. We need to move to ‘I was late for the meeting because I forgot to check the room number’ instead of ‘I was late because of something outside my control.’ By addressing problems honestly (especially when they are ambiguous) we change how we think. This isn’t new. Your body language affects how you act too.

Diaminds: Decoding the Mental Habits of Successful Thinkers is a fascinating exploration of how we think and offers a new way to improve our ability to think. 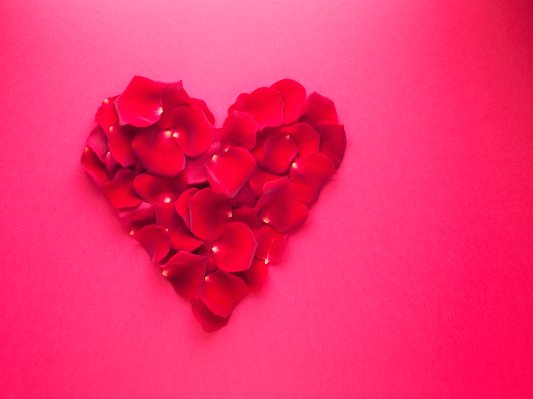 7 Science-Based Tips To Make You Sexier On Valentine’s Day
Next Up: Editor's Pick