How Scientology Got Its Start

Though the Church of Scientology was established on this day — Feb. 18 — in 1954, the idea came to L. Ron Hubbard a few years earlier when, according to Scientology’s official website, “with further investigation through late 1951 and 1952, Ron indeed contacted, measured and provided a means to experience the human soul.”

It was around that time that those investigations drew the attention of TIME, which first explained Scientology in the Dec. 22, 1952, issue. By that point, Hubbard was already known to readers as an author, especially of Dianetics; he had recently left his eponymous Dianetic foundation to work on Scientology. The TIME story was fairly dismissive of his new idea — he had “whipped up the bastard word Scientology,” it reported — but still took the time to explain how it worked:

And, no matter how TIME addressed the idea, Scientology was already gaining adherents. Scientology clubs were becoming popular, the article noted: “Needed for a club’s start: a collection of Hubbard’s books ($2 to $5) and an E-meter ($98.50 at Hubbard’s Phoenix headquarters).” 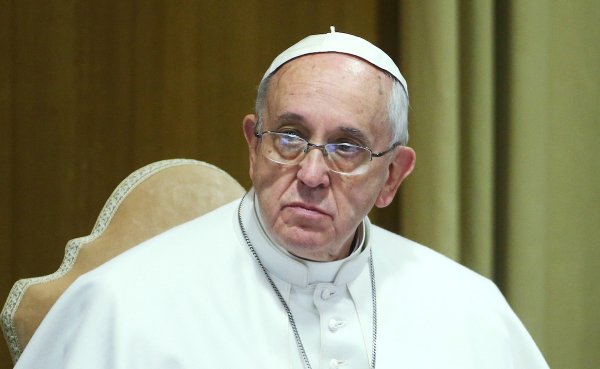 Is Pope Francis Too Political?
Next Up: Editor's Pick