The test scores of an unknown number of international students who took the SAT in January are being withheld and reviewed, officials from the College Board and its global test administration and security provider, Educational Testing Service (ETS), tell TIME.

Citing concern for “current and future investigations,” ETS declined to disclose details about the breach. “Individual test-takers whose scores are being held have been impacted by the delay have been informed,” writes ETS spokesman Thomas Ewing in an email. “This review process may take up to five weeks.”

Ewing emphasized that the College Board and ETS remain “committed to ensuring all students have access to a fair testing environment and to fulfilling our responsibility to deliver test scores with integrity to colleges and universities.” A key part of that, Ewing says, is “identifying, stopping and mitigating security breaches.”

This is the latest in a series of apparent security breaches involving the international administration of the SAT. In October 2014, TIME broke the news that ETS was reviewing the scores of all students from China and South Korea—and right in the run-up to early admission, or early action, deadlines. Students in Asia also complained about delays in scores from the November and December tests.

Though ETS will not comment on the nature of the alleged cheating, their email to students in October pointed a finger at “organizations that seek to illegally obtain test materials for their own profit.” Multiple sources in the test prep industry say unscrupulous agents in China and South Korea have been selling test questions ahead of the SAT.

That may well have been the case in January. The National Center for Fair & Open Testing (FairTest) on Jan. 22 published a statement saying they were emailed a copy of one of the Jan. 24 tests. FairTest said the questions appeared to come from an international SAT administered in June 2014. The organization had initially said incorrectly that the test had been used in the U.S.

Fair Test and others are calling on the College Board and ETS to stop re-using test questions. “Recycling test forms that were previously administered in the U.S. is the root cause of this ongoing scandal,” says Robert Schaeffer, FairTest’s public education director, in the statement.

But the exact cause of the January test score suspension is still unknown. Thousands of students are waiting for an answer—and their scores.

Update: The original story was updated to include clarification about the exam obtained by FairTest. It was the international exam from June 2014. 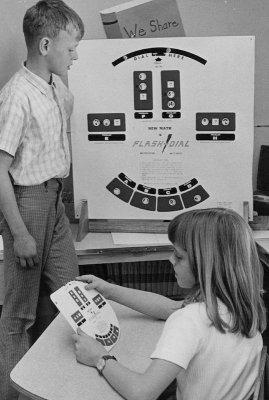 The New Math Strikes Back
Next Up: Editor's Pick