What Pheromones Really Reveal About Your Love Life

Beauty may not be in the eye of the beholder after all.

It may actually lie just south, in the nose. At least that’s what the latest research on pheromones, substances that social animals secrete to communicate with and attract other members of their species, suggests. Moths, pigs, goldfish, and even we, as social animals, have them. But exactly what role do these scents play in sexual attraction between people?

“There are millions of hits on websites that are trying to sell—mostly to men—the sex attractant,” says Charles Wysocki, a scientist at the Monell Chemical Senses Center. “Wear this and you’ll score tonight.” The promise: with the spritz of a mate-attracting mist, the sniffer would fall helplessly, chemically, scientifically under the smell spell of pheromone-emitting you.

Sounds good, but scientists have yet to conclusively identify a single known human pheromone, let alone bottle the stuff, although they have been chasing some fascinating leads. We now know, for example, that pheromones do help you smell someone else’s gender, and there’s some preliminary evidence that pheromones might be a potential X factor for attraction and fertility. According to one study, in which 18 professional lap dancers recorded their menstrual cycles, work shifts and tip earnings for two months, researchers found that during the phase when the women were most fertile, right before ovulation, dancers earned about $335 per shift, compared to $260 during other parts of their cycle. When they were menstruating, they only earned about $185 per shift. Interestingly, dancers who took birth control pills, which contain hormones that prevent ovulation, didn’t experience this fertile peak in tips.

Of course, many other explanations for the spike in sexual attractiveness are possible, but the data on the potential link between fertility and pheromones is getting hard to ignore. Another study published in Psychological Science found that when men smelled T-shirts worn by women who were close to ovulation, they displayed higher levels of testosterone than when they sniffed shirts from women further away from ovulation or T-shirts with a control scent.

Other research suggests that pheromones may regulate people’s moods, and that may explain the link—albeit more indirect—to sexual attraction. Wysocki’s lab collected underarm secretions from men and put them on the upper lips of women, who reported feeling less tense and more relaxed when they smelled the sweat than when they smelled a placebo.

Read more: Is Perfume Bad For Me?

What element of that sweat, or of any scent we emit that’s picked up by others, is driving the attraction is still unclear. Experts believe it may likely be a bunch of them. People also seem to have one-of-a-kind odor prints, or signature smells that we can’t help but produce uniquely. That’s thanks to something called a major histocompatibility complex (MHC), a collection of proteins that regulate the immune system—and maybe even mate choice, say some scientists. According to their theory, you naturally sniff out a mate whose immune system is optimally different from your own, which would make the immune system of your offspring more diverse, robust and better positioned to fend off more pathogens.

“The evidence is strong that there’s something in the major MHC genes that influences mate choice,” Wysocki says. In one study also involving well-worn T-shirts, women sniffed shirts worn by men and picked the one they’d most prefer to socialize with. They tended to select shirts from men with MHC genes that differed from their own. Women on birth control pills, however, show the opposite effect and are drawn to MHCs similar to theirs, possibly because the pill puts the body into a hormonal state similar to pregnancy, when you’d want safe, supportive and similar relatives around. Wysocki believes that birth control pills might be messing with the mating game. “Some have argued that for women who are on the birth control pill, they’re not getting the right olfactory information about their potential mate,” he says.

“We know that hormones affect the sense of smell especially in women,” Wysocki says. But he’s reluctant to say anything more about what role, if any they play in attraction, since results from studies so far aren’t conclusive, and the topic is controversial and tough to investigate well. “That’s about as far as I can say; the underlying mechanism has not yet been established.”

Part of the challenge comes from the fact that people perceive smells in different ways; one of Wysocki’s studies determined that no two people experience the olfactory world in exactly the same way. Add in all of the other complexities of attraction, and it’s no surprise we haven’t found an eau d’amour quite yet. That bottle may be many, many Valentine’s Days away.

Read next: The Truth About Aphrodisiacs 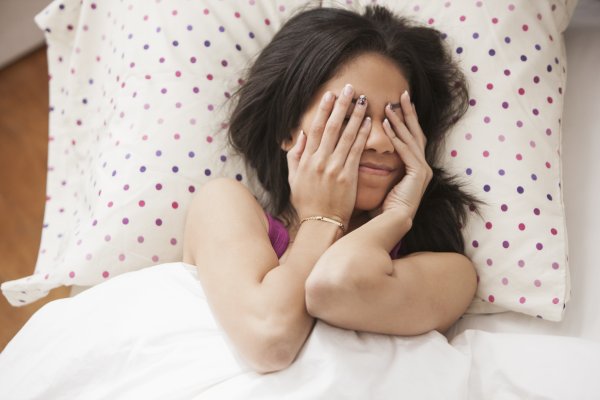 Chronic-Fatigue Syndrome Proclaimed Real and Renamed
Next Up: Editor's Pick