A federal judge hearing a case of nine men charged with illegally growing marijuana on federal land in California said Wednesday she was considering arguments that the federal government has improperly labelled marijuana as one of the most dangerous drugs.

The U.S. classifies marijuana as a Schedule One drug, putting it in the most dangerous of five categories. Classification is determined by the drug’s potential for abuse and dependency, and whether the drug has an acceptable medical use. Cocaine, methamphetamine, and OxyContin are all Schedule Two drugs, meaning that they are treated by federal law as less dangerous and more medically appropriate than marijuana.

The marijuana growers’ defense argued that classifying marijuana as a Schedule One drug was unconstitutional because 23 states have made the drug legal for medical use, Reuters reports. “If I were persuaded by the defense’s argument, if I bought their argument, what would you lose here?” the judge asked prosecutors during a motion to dismiss.

If convicted, the men face up to life imprisonment and a $10 million fine.

Prosecutors argued that the drug’s classification was a matter for Congress, not the courts.

“We’re not saying that this is the most dangerous drug in the world,” said Assistant U.S. Attorney Gregory Broderick. “All we’re saying is that the evidence is such that reasonable people could disagree.” 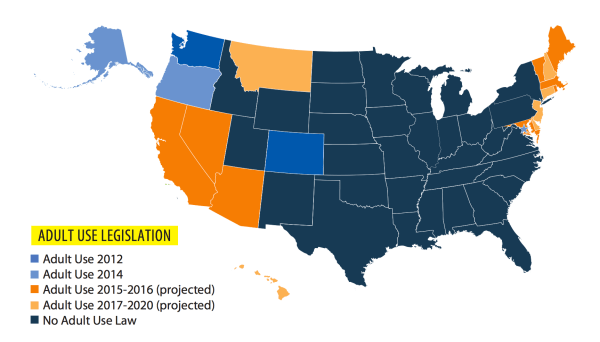 Legal Pot Could Spread Far
Next Up: Editor's Pick