Uma Thurman Says New Look Was a Change of Makeup

“What has Uma Thurman done to her face?” headlines across the Internet screamed Monday, after pictures emerged of the allegedly “unrecognizable” actress walking the red carpet for the premiere of her new mini-series The Slap.

“It looks like [Renee Zellweger] has company,” USA Today wrote, in reference to the media frenzy over the Jerry Maguire star’s similar change in appearance, which prompted rumors of plastic surgery. (Zellweger responded that the conjecture was “silly.”)

Well, Thurman addressed the crazed speculation head-on in an appearance on The Today Show Thursday morning with the statement: “I don’t know, I guess nobody liked my makeup.”

Makeup artist Troy Surratt said that he “experimented” with the actresses’ look, in an interview with Refinery 29. “We did a much stronger brow and a bold lip for a French sort of feel. The way I shaded her eyebrows with the pencil, I created an uplifting effect. Then, I finished with a shimmering, silky-beige shadow on her lids, and went with no mascara at all. Sort of a reaction against all the fake lashes we’ve been seeing on the red carpet.”

“I’ve been doing this for years and years and years, people say things nice and they say things mean and it’s like whatever,” said Thurman, who has officially learned her lesson for not wearing mascara. “You take the good with the bad.”

Read next: Speculation over Uma Thurman’s face proves how limited actresses’ options are 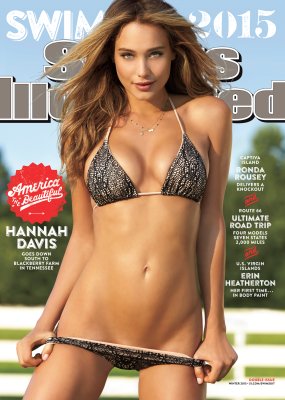