Let's Get Small: The Rise of Artisanal TV Comedy

As the ghosts of SNL past recede, today's vital TV comics can be found on the likes of Inside Amy Schumer, Louie, Key and Peele, Portlandia and Broad City.
Illustration by Alex Fine For TIME
By James Poniewozik

On Feb. 15, Saturday Night Live marks its 40th anniversary. What is there to say about the show that wasn’t true on its 25th, that won’t be on its 50th, 100th, or whatever numbering system will be used by the sentient cockroaches who take over civilization and SNL? That it’s a TV legend. That’s it’s shaped decades of American comedy. And that it isn’t what it used to be.

Of course, people have been saying that SNL isn’t what it used to be since, oh, 1976. It’s exactly what it’s supposed to be, though: not so much a show as an institution, like a comedy Meet the Press, weighing in on the news, enshrining pop culture phenomena and tapping future megastars. If it doesn’t excel at any particular thing, it’s because it needs to be everything, a broad show with big cast of flexible mimics that can strike targets from John Boehner to Beyoncé.

That’s what it did the day before the Super Bowl with an opening sketch about outspoken Seattle cornerback Richard Sherman (Jay Pharoah) and his taciturn teammate Marshawn Lynch (Kenan Thompson). It hit the expected notes–Deflategate! Marshawn doesn’t like to talk!–but it had the bad fortune to air a couple days after Comedy Central’s Keegan-Michael Key and Jordan Peele aired their own Sherman and Lynch press conference.

That one was surreal and hardly predictable: Key’s Sherman raved about Oscar nomination slights to Selma, Foxcatcher and The Lego Movie (“Boxtrolls? We talking about trolls wearing boxes! That’s the funniest thing in the movie!”) while Lynch (Peele) stoically murmured, “Biscuitsandgravy.” The SNL sketch may have had the more technically accurate impersonations, but Key & Peele had the fresher, loopier ideas. Like a good receiver, Key & Peele simply juked SNL out of its shoes.

Is the comparison fair? Not even a little: Key & Peele is shorter, airs fewer episodes and has the advantage of pre-taping. (They can shoot multiple takes, and no one hears a bit die with a live audience.) But laughter doesn’t care about fair, and right now the energy in TV is all in small-batch comedy.

Humor is about voice, and because of their small casts, shows like Key & Peele can have one. Whereas SNL, by design, is bigger than any individual star, these shows are exactly their stars’ size. Built around one or two talents, they can’t be about everything, and they don’t try. Instead, they embody, gem-like, a single point of view and their stars’ idiosyncrasies and nerdy obsessions. For Key and Peele, now in their fourth season, those range from horror movies to sports culture the murkiness of race in America. (Both stars are biracial, which has helped make them TV’s prime comic interpreters of the Obama presidency–literally in the case of their running bit about Luther, Obama’s “anger interpreter.”)

Likewise, their channelmate Amy Schumer has shown the value of doing a few things well. Right down to its intimate title, Inside Amy Schumer made the personal polemical with its dare-you-to-flinch feminist comedy. The opening sketch of its second season hung a light on the standards set for women comics, as Schumer watches a focus group of men convened for her show get asked “Would you bang her?” Also pre-taped, her show can’t be lightning-topical, yet it feels of-the-moment in a bigger, more memorable way.

In IFC’s Portlandia, the world-building is more artisanal: Fred Armisen and Carrie Brownstein (also of the band Sleater-Kinney) have made their Oregon city into a hipster Yoknapatawpha of pickle peddlers, aggro bicyclists and raw-milk connoisseurs. You can’t get much more micro; indeed, the show is all about offbeat characters seceding from the world into small personal specialties. Yet in five seasons it’s also grown into a kind of alterna-epic, like a Decemberists concept album, fleshing out and building entire episodes around recurring characters like Toni and Candace, proprietresses of the Women and Women First feminist bookstore.

Armisen had a long run on SNL himself. (He was its Obama—a role Peele, ironically, had auditioned for—before Pharoah took over.) As for the other small-batch comics–or Abbi Jacobson and Ilana Glazer, who turned a web series into the anarchic stoner comedy Broad City–they’re the kind of comics who, years past, might have done a hitch on an SNL that never quite figured out what to do with them, like Sarah Silverman and Chris Rock did.

Again, this is not really SNL’s fault. It’s part of a larger shift in TV comedy from broad mainstream hits (Seinfeld) to brilliant boutique shows (Louie). At 40, SNL is still a dream gig for a young comedian to land–from there, you can go on to star in a sitcom, host late-night, open movie blockbusters. But if you watch SNL wondering what its stars will do next, today’s best comedies are shows you watch to see what their stars are doing right this second. 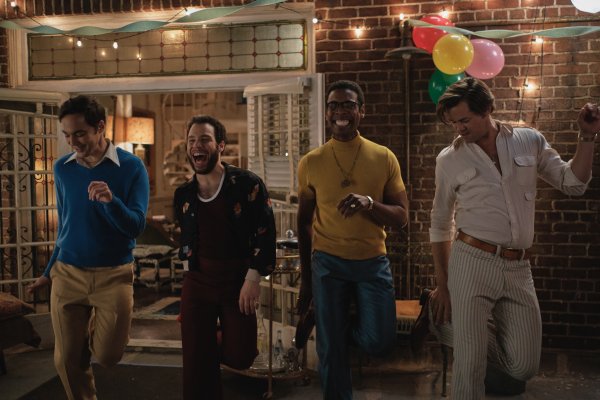