How This Image Became the Best News Photo of the Year

This year’s World Press Photo jury surprised many people when it selected Mads Nissen’s portrait of Jon and Alex, a gay couple, during an intimate moment in St. Petersburg, Russia, as the Photo of the Year.

But, the jurors tell TIME, its resonance is universal, making it the perfect candidate for the top prize.

“We thought it was a beautiful image,” says jury chair Michele McNally, the New York Times‘ director of photography and assistant managing editor. “It is a memorable image, that’s very much about love.”

In a year dominated by gruesome news events — from Ukraine, Central African Republic and Sierra Leone to Gaza, Liberia, Guinea all the way to Ferguson, Mo. — the jury’s choice was unexpected, even for its author, who entered the photo in the contest’s Contemporary Issues category. “I never thought I’d win,” he tells TIME. “But no matter which picture you take, it’s not something you should expect.”

Nissen started working on Lesbian, Gay, Bisexual, and Transgender (LGBT) issues in June 2013 when he covered a gay pride in Russia. “I was standing next to a young guy, and a homophobe came up to him and screamed in his face: ‘Are you a faggot?’ And he quietly answered: ‘Yes I am homosexual.’ And this homophobe started punching him in the face.”

Nissen was horrified. “I didn’t know what to do, I didn’t know [whether] I should cry or scream or get involved in the fight. It’s something you read about, but seeing it… I was unprepared. This was pure hate.”

After this incident, Nissen decided to dig deeper into the subject. “I’ve been covering many different aspects of this story – the violent attacks, the influence of the church. I’ve been photographing videos where you see homophobic groups catching gays to humiliate them for hours. I’ve been photographing young families who are afraid their children will be taken away from them just because they are gay,” he says. “But at some point I felt there was something missing. The core of this story is about love, and the right to love. I started looking for pictures of love and desire. I was introduced to Jon and Alex in May last year. We were drinking beers, talking for hours. And we went to Alex’s apartment at midnight, and this picture was taken at 2am.”

Now, the Danish photographer hopes that his photograph will help shape the political debate around LGBT rights. “I’m a journalist,” he says. “I’m not an activist, but I’m a journalist with a strong set of values about human rights, about empathy and about tolerance. I have this standpoint that we should be tolerant and acceptable of LGBT people. This story is a documentation of what is happening right now in Russia. But [it’s not limited to Russia] as I believe that there shouldn’t be any homophobia in the world. If this picture can help, then it’s all worth it.”

The World Press Photo jurors agreed. “This issue is a universal issue,” says Alessia Glaviano, a senior photo editor at Vogue Italia. “It is a picture that talks about the fear of the unknown, it talks about love and hate.”

But, the unexpected choice was also a message sent by this jury to an industry of news photographers. “You don’t have to go to Africa for Ebola, and you don’t have to go to Ukraine for war, to take a great image,” says Mark Baker, the Southeast Asia photo editor of the Associated Press and a jury member. This picture could be taken next door in your neighbor’s house or in the next town. [Nissen’s image] says that there are other images, other moments in life worth capturing. You don’t have to run off to a war to be a World Press Photo winner. That’s a message I think we, as a jury, would like photographers [to consider].”

For Instagram’s editorial director and jury member Pamela Chen, photographers can tell stories in many different ways. And a World Press Photo winner shouldn’t necessarily be about violence, she says. “What [this photo] shows is that a photographer in a daily life situation can tell a story that has resonance beyond the moment itself. It touches on so many things. It is a contemporary issue [and] it invites dialogue. We were always looking for the best. We had an incredible dialogue and in the end we came to this picture and I think that it may come as surprise for some. But we were never looking for a surprise, we were looking for the best. But when the surprise came, we didn’t hesitate.”

Glaviano goes further. “It is a message to the photojournalists around, these young guys, that [sometimes] go and lose their lives: Sometimes you have to find a story that is not maybe in front of your eyes.”

She adds that the judges knew there would be a strong reaction to the winner. “We knew and we wanted to go this way anyway.”

Read next: Why 20% of World Press Photo Finalists Were Disqualified 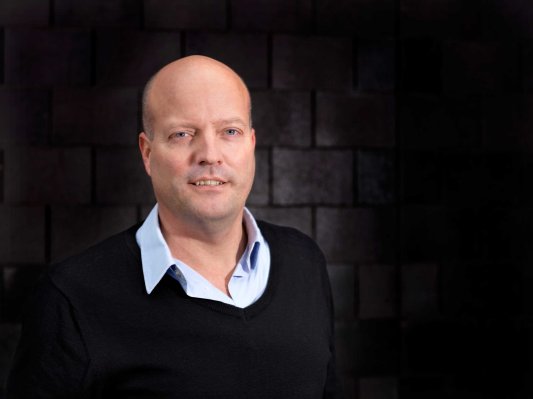