The Fifty Shades of Grey Movie Won't Arouse You Like the Book Did, According to Science

Fans of Fifty Shades of Grey have declared the book so steamy that they recommend women wear pantyliners while reading it. The film version premieres this weekend, and devotees who have already broken records in pre-sale tickets might expect the big-screen experience to be even hotter than the book. But science suggests that they can leave their pantyliners at home.

Regardless of whether director Sam Taylor-Johnson created a titillating film, researchers have found that women don’t enjoy watching sex as much as they do reading about it — which means Christian Grey probably won’t satisfy on the silver screen quite like he did on their Kindles.

There’s a scientific reason women prefer to read about sex rather than see it. Historically, men have had a biological imperative to impregnate as many women as possible, so that they have the highest chance of passing on their genes. “For a man, all he needs to know is whether the woman is healthy and fertile. You can judge that visually,” says Ogas. This has been demonstrated by a body of research which shows that men are more easily aroused by visual stimuli.

By contrast, consider the biological imperatives for women, who have a limited number of opportunities to bear children and, accordingly, must use caution when picking a mate. Determining whether the man can and will take care of their children and whether he will make a good partner long-term are crucial. This has become so ingrained in our romantic ideals that even after birth control became ubiquitous and women were allowed to see sex as a means of pleasure, the fantasy persists. Even if they aren’t planning on having children or are attracted to other women, Ogas says brain scans show that women need more than a hot picture to be psychologically aroused — even if they are physically. So the fantasy of learning about a man’s true nature became the center of almost all erotic literature (not to mention classic literature as well, from Jane Eyre to Gone With the Wind.)

“What is he thinking? Will he be here for the long haul? These are not questions you can get immediate answers to,” says Ogas. “That’s why a 200-page book is so much better suited to this fantasy than a video clip. It perfectly replicates that puzzle.”

In short, women’s browsing habits suggest they like to leave certain things to the imagination — and their imaginations are a lot more detailed that those of their male counterparts. In a seminal study conducted at a California university in 1990 and published in the Journal of Sex Research, psychologists found that men’s fantasies revolved around the physical aspects of the sex, whereas women liked to focus on details.

“Women pay more attention to setting and circumstance,” says Catherine Salmon, an evolutionary psychologist who studies pornography. “They’re also a lot more likely to fantasize about someone they know — a current partner, a past partner, someone they would like to be a future partner, or a celebrity.”

MORE Before 50 Shades: Photographs of the S&M Underground

Still, Fifty Shades fans have long imagined themselves in Anastasia’s heels. Seeing that fantasy translated to the screen will likely be more enjoyable for the boyfriends dragged to this film than the female fans themselves.

“I suspect that if women were fans of the book — if they found it pleasurable — the movie will be a bit of a disappointment,” says Ogas.

Don’t worry. The book will still be there when you get home.

Read next: These Are the Most Sexually Provocative Movies of All Time 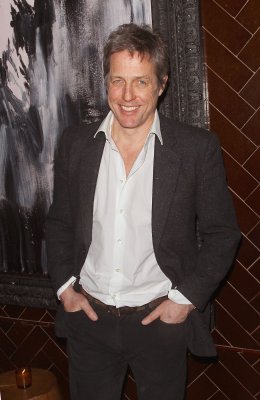