Former NBA All-Star Anthony Mason Is 'Fighting for His Life'

Anthony Mason, a physical NBA power forward from the 1990s, is in critical condition after suffering a massive heart attack.

Mason played for six teams over his 13-year career but is probably most famous for his time as a valued role player for the New York Knicks in the mid-1990s. Mason teamed up with Patrick Ewing and Charles Oakley to form one of the most bruising frontcourts in NBA history. The Knicks offered their condolences to the Mason family via Twitter.

Mason was awarded the Sixth Man of the Year honor in 1995, was an NBA All-Star in 2001 and made both the All-NBA Third Team and All-Defensive Second Team in 1997.

Mason’s sons, Anthony Jr. and Antoine, are both pursuing careers in basketball. Anthony Jr. plays professionally in Europe while Antoine plays for the Auburn Tigers, according to Sports Illustrated.

Correction: The original version of this story misstated the timing of Mason’s heart attack. The attack was reported on Wednesday, Feb. 11, but had occurred earlier. 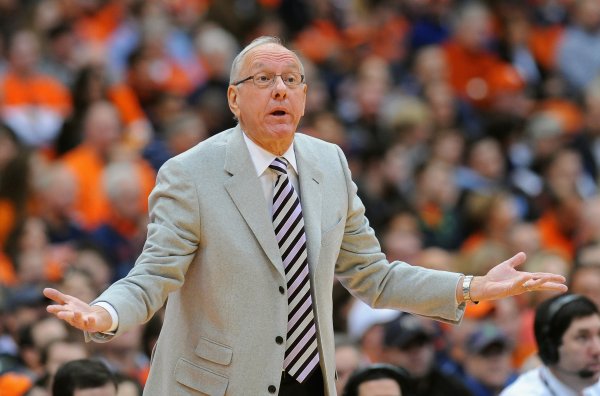 Syracuse Self-Imposes Postseason Ban for 2014-15 Season
Next Up: Editor's Pick