A large crowd gathered at the University of North Carolina, Chapel Hill, campus on Wednesday night to mourn the loss of three Muslim students who were shot near campus Tuesday.

All three victims — Deah Barakat, 23; his wife Yusor Abu-Salha, 21; and her sister Razan Abu-Salha, 19 — were shot in the head. A 46-year-old man named Craig Stephen Hicks turned himself over to the authorities and was charged for the crime on Tuesday.

Police say they believe the shooting might have been related to an ongoing dispute over a parking space between neighbors, but say they have not determined a motive.

The father of two the dead, Dr. Mohammad Abu-Salha, said Wednesday he believed it was a hate crime. “It was execution style, a bullet in every head,” Abu-Salha said. “This was not a dispute over a parking space; this was a hate crime.”

Both UNC chancellor Carol Folt and North Carolina State University chancellor Randy Wooden spoke at the vigil, as did the victims’ family members, according to WNCN. 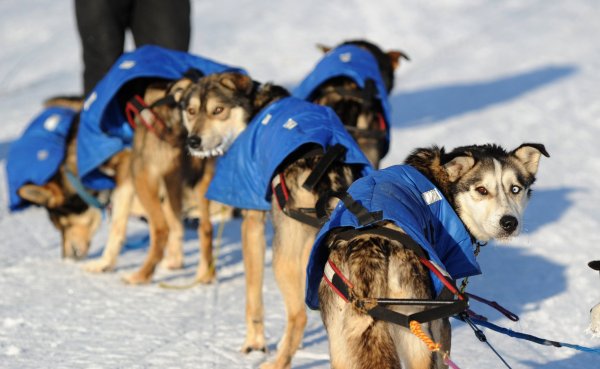 Alaska Reroutes Famous Sled Race Due to Lack of Snow
Next Up: Editor's Pick