Obama: ISIS Is 'Going to Lose'

—President Obama said the terrorist group known as the Islamic State of Iraq and Greater Syria (ISIS) is “going to lose,” during statements Wednesday about the war powers request he sent to Congress.

“Make no mistake, this is a difficult mission and it will remain difficult for some time,” Obama said during his remarks from the White House’s Roosevelt Room. “But our coalition is on the offensive. [ISIS] is on the defensive and [ISIS] is going to lose.”

The President on Wednesday sent a request to Congress to authorize the use of military force against ISIS, which many members have wanted since the U.S. and coalition forces’ offensive against the group began last year. The President has said that though he is already within his legal authority to use force against the group, he wants to work with Congress to show the world the U.S. is a united front.

On Wednesday, the President reiterated that the authorization he sent to Congress does not call for the deployment of ground combat forces in Iraq and Syria, stating he remains convinced that the U.S. “should not get dragged back into another ground war in the Middle East.”

“As Commander in Chief, I will only send our troops into harm’s way when it’s absolutely necessary for our national security,” Obama said.

The resolution would also expire within three years, so that the burden on how to move forward with the offensive would shift to the next President and Congress.

Wednesday, however, is merely the first step in what’s sure to be a drawn-out debate over action in the region. Many lawmakers have already expressed concern over the ambiguity of the resolution. White House press secretary Josh Earnest said the resolution is “intentionally” open-ended so that the President can have flexibility in his approach.

So far, the U.S. and coalition forces have launched over 2,300 air strikes against ISIS in Iraq and Syria. 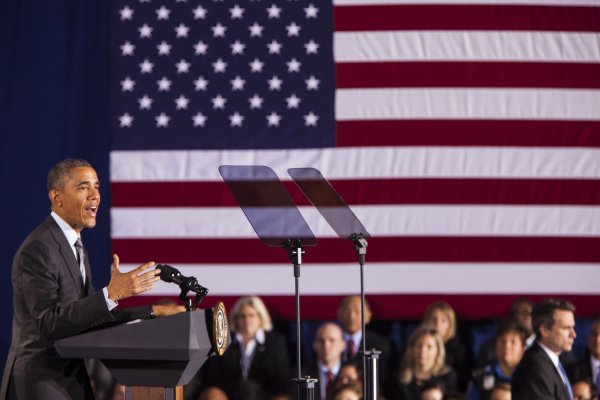 A Call to Arms
Next Up: Editor's Pick