Congress passed a bill to authorize the Keystone XL pipeline, setting up the first veto since 2010 and only the third in the Obama presidency.

Keystone — the first priority of the new Republican Congress — has become one of the highest-profile environmental debates in the country and could pose problems for some Democratic candidates in the 2016 presidential cycle. Former Secretary of State Hillary Clinton, for example, has declined to take a position until her former agency completes its review of the $8 billion pipeline.

Republican glee was evident even before the House passed the bill 270-152. Neither the House nor the Senate has enough votes to overcome a potential veto.

“Instead of listening to the people, the President is standing with a bunch of left-fringe extremists and anarchists,” said House Speaker John Boehner in a press conference before reporters. “The President needs to listen to the American people and say, ‘Yes, let’s build the Keystone pipeline!’”

House majority leader Kevin McCarthy then came to the lectern after the cries of “hear, hear” died down. “I’ll pause for a moment so you can keep writing that down,” he joked.

The pipeline would help link up to 830,000 Alberta barrels a day down to Gulf Coast oil refineries. With oil prices near $50 a barrel, however, the 1,179-mile pipeline will likely have less of an impact on both the environment and economy by lowering the chance that it will be completely utilized. The State Department reported last year that the pipeline would indirectly and directly support around 42,000 jobs over two years, but would only employ around 50 people once the pipeline was functional.

But the pipeline is popular — polls show that nearly 60% of Americans agree with the GOP’s position on TransCanada’s six-year project — and Republicans will continue to use it to drive divisions between Democrats.

“Once the President vetoes Keystone, Republican 2016 hopefuls can begin to use it as a clear example of Washington gridlock and obstruction at its best and start the conversation that the White House is truly the problem blocking progress,” says Ron Bonjean, a GOP consultant. “The move allows Republicans to show they would take swift action on this and then compare Hillary Clinton’s waffling on the issue as an example of more posturing rather than getting something positive done.” 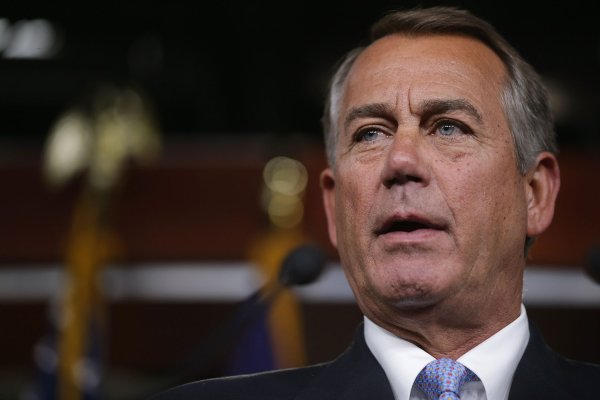