A Half-Century of Conflict Over Attempts to 'Cure' Gay People

Fifty years ago today, TIME ran a short article under the headline, “Homosexuals Can Be Cured.” The article reported that male homosexuals responded well to group psychotherapy, under the care of 64-year-old University of Pennsylvania professor and psychiatrist Samuel Hadden. Over the course of four to eight years, Hadden explained, patients shared and interpreted each other’s dreams, cast aside their “flamboyant” clothes and manners, worked through their hostilities and neuroses, and began dating women. Marriages were saved and made.

Hadden was not the only—or most prominent—psychiatrist to claim homosexuality was a curable mental illness, but he was representative. Throughout the 1960s, psychiatrists Irving Bieber and Charles Socarides were regularly quoted in newspapers and magazines, arguing that homosexual desire was a form of psychosocial maladjustment, resulting from childhood. Freudian theory held that all children are inherently bisexual, developing a fixed sexual orientation only in adolescence through identification with the parent of the same sex. Freud himself had explicitly stated by 1935 that homosexuality was not an illness and strongly discouraged attempts to treat it; nevertheless, by the 1950s, his theories were widely misappropriated by conservative American and émigré psychiatrists vested in reaffirming the heterosexual, breadwinner-homemaker household in the wake of World War II. With the popularization of behavioral therapies in the 1960s and ’70s also came new attempts to treat homosexuality, in the form of “aversion” therapies, including electric shocks.

Even while many people took medical authorities at their word, LGBT activists alongside radical social workers and psychotherapists pushed back. But as reparative therapy was broadly discredited over the course of the 1970s, ’80s, and ’90s, it hardly disappeared. In fact it has more influence and impact on people’s lives today than many may realize.

Already by the 1960s, such cures had provoked resistance: in April 1965, just months after that TIME article ran, the Philadelphia-based gay rights organization Janus invited Hadden to give a lecture on his research, only to surprise him with fierce resistance from the audience. Franklin Kameny, a pioneering gay rights leader, responded sharply, “This is not science, Dr. Hadden; this is faith.” Such attacks emerged amidst a broader turn against the psychiatric establishment, questioning the legitimacy, and benevolence, of clinical interventions.

Together, progressive professionals and lay counselors would spearhead alternative models of psychotherapy, affirming of same-sex desire. In June 1969, the Dorian Society of Seattle worked with a University of Washington pediatrics professor to found the Dorian Counseling Service for Homosexuals—the first center of its kind in the country. Soon renamed the Seattle Counseling Service, the center was staffed largely by volunteers, from fields including psychiatry, psychology, social work, education and pastoral counseling. In 1971, the center saw over 280 patients in individual treatment and over 75 in groups—with an average of 265 people calling their helpline every month. Similar centers would be founded across the country in the years to come, including the Gay Community Services Center in Los Angeles, Identity House in New York, and the Eromin Center in Philadelphia.

Gay activists would also claim a major victory in December 1973, when the American Psychiatric Association voted to remove “homosexuality” from the second edition of the Diagnostic and Statistical Manual of Mental Disorders (DSM-II), which meant that homosexuality was officially no longer considered a disorder in itself. The decision followed several years of heightened protest focused on the APA—including disruption of national meetings—that won the advocacy of increasingly prominent psychiatrist Robert Spitzer.

The sense of victory many gay activists felt may have obscured persisting ambivalence and bias among psychiatrists and other mental health professionals. The diagnosis of homosexuality was immediately replaced by “sexual orientation disturbance,” renamed “ego-dystonic homosexuality” in DSM-III, which was released in 1980 under the leadership of Spitzer and social worker Janet Williams. In an angry letter to Spitzer, Kameny described the APA as a dog who kept chewing at a bone, refusing to let go: “It nibbles at it and then gnaws at it. It buries it and then digs it up. But it never has the good sense just to put it aside and leave it alone.”

Ego-dystonic homosexuality was specifically aimed at patients who expressed ongoing distress or sadness about their sexual orientation, even if homosexuality could no longer be considered a mental illness. Now it was the internalization of homophobia that could make you sick. Many used the diagnosis of ego-dystonic homosexuality as an excuse to legitimize reparative therapy—and still do. Although the diagnosis was removed from the DSM in 1987, it remains today as “ego-dystonic sexual orientation” in the tenth (and still current) edition of the World Health Organization’s International Classification of Diseases. As some clinicians and activists have pointed out, the diagnosis of “gender dysphoria” in DSM-5, released in May 2013, also bears a strong resemblance, framing the distress commonly associated with gender variance as an individual rather than social problem.

Since the 1970s, reparative therapies have been reborn through “ex-gay” Christian ministries, including the umbrella group Exodus International, founded in Anaheim, Calif., in 1976. Mixing pastoral counseling, Bible study, individual and group psychotherapy, and aversion treatments, ex-gay ministries have promised a cure from—or at least avoidance of—homosexuality to thousands of men and women. Exodus International shut down in 2013, with an apology from its leader for giving “false hope”—though the wider network it spawned, Exodus Global Alliance, continues to operate.

And, although mainstream professional organizations have acknowledged the potential harm and ineffectiveness of reparative therapies, they have failed to act decisively to prevent them. In 1994, the National Association of Social Workers stated that their members have the responsibility to inform clients about the lack of evidence supporting reparative therapies, but fell short of banning clinicians from using them. The American Psychiatric Association, meanwhile, acknowledged the risks of reparative therapies in 1998—listing depression, anxiety and self-destructive behavior as likely outcomes—but has likewise failed to outlaw the practice among their members, or charge reparative clinicians with professional misconduct.

Action has come instead through state legislatures and the courts. Reparative therapy for minors is now illegal in California, New Jersey, and Washington D.C., with pending legislative action in nine other states. Meanwhile, in New Jersey, four men who sought treatment from an unlicensed “life coach” in affiliation with Jews Offering New Alternatives for Healing, or JONAH, are suing on the basis of consumer fraud. The court refused to hear claims that homosexuality could be cured from JONAH’s experts, who include a social worker and clinical instructor at Ohio State University; a psychiatrist and preceptor at Massachusetts College of Pharmacy and Health Sciences; and a former University of Toronto professor of psychiatry. As that list may suggest, reparative therapists continue to practice throughout the country and world, some more recently incorporating otherwise “evidence-based” techniques like cognitive-behavioral therapy and eye-movement desensitization and re-processing.

For Samuel Hadden’s part, his research—like the original 1965 TIME article—continues to be cited as evidence on blogs and discussion boards. Psychiatrists, psychologists and social workers have had a powerful role in shaping public opinion, and self-perception, of LGBT people, but their organizations continue to have difficulty working through their own histories. They were looking for a “cure” for individuals, and frequently missed the sickness, and unkindness, of society.

Stephen Vider is the Cassius Marcellus Clay Postdoctoral Fellow in the History of Sexuality at Yale University. His book Interior Relations: Queering Domesticity and Belonging After World War II is under contract with University of Chicago Press. David S. Byers is a clinical social worker and supervisor at Wentworth Institute of Technology’s Center for Wellness, and PhD candidate and lecturer at Smith College School for Social Work. He has written and lectured on bullying, homophobia, peer altruism, and clinical diagnosis. David and Stephen are working on a book about queer youth. 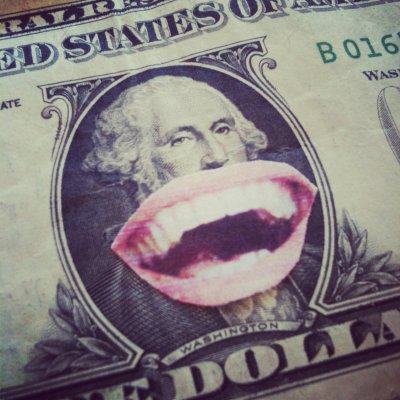 8 Ways That Money Can Buy Happiness
Next Up: Editor's Pick