All Teachers Should Be Trained To Overcome Their Hidden Biases

Last week, two studies revealed that unexamined teacher biases are having a significant effect on girls’ education. The first found that gender stereotypes are negatively affecting girls’ math grades and positively affecting boys’. The second revealed how disproportionately penalized young black girls are for being assertive in classroom settings. Together, they make the clearest possible case for making it mandatory for teachers to be trained in spotting and striving to overcome their implicit biases.

The findings of the first study reveal both the short and long-term effects of primary school teachers’ implicit beliefs about gender on children’s math skills and ambitions. Researchers found that girls often score higher than boys on name-blind math tests, but once presented with recognizable boy and girl names on the same tests, teachers award higher scores to boys. The long-term effects are amplified by socioeconomic factors and family structure—girls from families where fathers were better educated than mothers and who are from lower socioeconomic communities were the most negatively affected.

The impact of unconscious teacher bias is long understood and well-documented. This new research confirms decades of work done by Myra and David Sadker and Karen R. Zittleman. Through thousands of hours of classroom observations, the Sadkers and Zittleman identified specific ways in which implicit and stereotypical ideas about gender govern classroom dynamics. They, as others have, found that teachers spend up to two thirds of their time talking to male students; they also are more likely to interrupt girls but allow boys to talk over them. Teachers also tend to acknowledge girls but praise and encourage boys. They spend more time prompting boys to seek deeper answers while rewarding girls for being quiet. Boys are also more frequently called to the front of the class for demonstrations. When teachers ask questions, they direct their gaze towards boys more often, especially when the questions are open-ended. Biases such as these are at the root of why the United States has one of the world’s largest gender gaps in math and science performance. Until they view their videotaped interactions, teachers believe they are being balanced in their exchanges.

The two reports released last week were focused on girls. However, the same biases have been implicated in teachers unconsciously undermining boys’ interest in the arts and language, enabling harmful gender gaps in self-regulation, and tacitly accepting certain male students’ propensity to believe that studying is “for girls” – all factors that contribute to boys’ lower academic performance. An understanding of implicit bias, coupled with data analysis, shows the degree to which what is typically portrayed as a “boy crisis” in education is actually more a crisis of income disparity and related to class-based constructions of masculinity. However, while boys lives are impoverished in these ways, boys within each racial/class category benefit overall from beliefs that institutionalize “boys being boys” attitudes, a problem directly related to the second report released last week.

The report, which included data on black girls’ heightened vulnerability and overpolicing, showed extraordinarily high rates of school suspension for African American girls in New York, where Black girls are twelve times more likely than their white counterparts to be suspended. In Boston, eleven Black girls face suspension for every white girl that does. U.S. government surveys show that while Black children make up less than 20% of preschoolers, they make up more than half of out-of-school suspensions. Black boys have the highest rates of suspension overall, but nationally up to 12% of black girls are suspended annually. This is twice the rate of suspension of white boys. In effect, teacher biases are resulting in black girls being disproportionately punished for behavior that boys-crisis-in-education advocates want schools to accommodate by becoming more “boy friendly.” In the words of researcher Megan McClelland, “In general, there is more tolerance for active play in boys than in girls. Girls are expected to be quiet and not make a fuss. This expectation may be coloring some teachers’ perceptions.”

Teacher (and parent) biases regarding science and math reflect the profound degree to which the “target student” implicitly remains white, male and of higher social status. Last year, rates of girls taking STEM-related advanced placement tests reached a record low. In two states not a single girl (in some states there were also no boys of color) took the Computer Science AP. Parental and teacher biases are the root cause of the systemic inhibition of diversity in the tech pipeline that we face today. Our two-decade long flat lining of girls’ STEM participation will affect sex-segregated wage and wealth gaps for years to come. If we want to disrupt this reality, we need to understand why, by the time American girls reach the age of 10, simply checking off a “female” box at the top of a test results in lower test scores. For girls of color, gender and race create a double jeopardy stereotype threat. If anything at all is evident from studies of classroom interactions it is how dynamic the interplay between gender, race, ethnicity and social class are.

The issue of whose assertive qualities, self-expression, and imagination are being cultivated and whose are being penalized speaks directly to the broader harms of not taking a nuanced intersectional approach to the problem of education. Everyone’s lives are impoverished by these bias and the stereotype threats they cultivate in children. When we tackle the ugly sexism of the tech industry, try to understand why young boys are killing themselves, or contemplate the aggrieved racialized and gendered entitlement at the heart of so much of our violence, we are fighting rear-guard actions. It’s too little, too late. Very little of this is done with malicious forethought. Training teachers to understand bias will not eliminate it, but it could create an institutional environment in which it is clear that understanding bias and its effects is critically important. The long-term return on investment is inestimable. 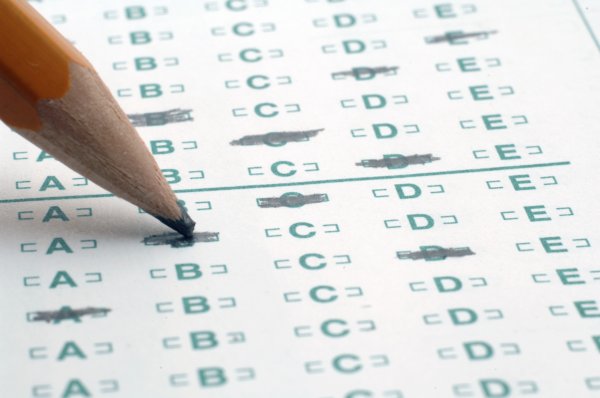 China Hit by Another SAT Cheating Scandal
Next Up: Editor's Pick