Jon Stewart during a taping of The Daily Show with Jon Stewart in 2011.
Brad Barket—AP
Ideas
By Nathan Rabin
Nathan Rabin is the former head writer of The A.V Club and a pop-culture writer who has written four book, most recently You Don’t Know Me But You Don’t Like Me

When I moved to Chicago not long after the attacks of 9/11, I made a point of taping every episode of The Daily Show on my VCR so I could watch, then re-watch them with my girlfriend, who lived elsewhere and did not have cable. Of course, The Daily Show did not invent the concept of fake comic news—I was working in the entertainment side of The Onion at the time. But Jon Stewart’s vehicle took the form, televisually at least, to new heights. There was a sense that the show was not just funny and impressively consistent but also important, even essential and dangerous at times.

Now, a decade and a half after Stewart took over The Daily Show in 1999, the state of fake news looks very different. The curious art form has never been stronger. The Daily Show, while still important and consistent, no longer feels as essential to our culture as it once did. This is largely because Stewart did his job so well that he almost single-handedly changed the face not just of comedy but of news as well. Under Stewart’s lead, The Daily Show created, through the show’s series of “correspondents” who each had a distinct and often brilliantly crafted persona, the comic geniuses who would be Stewart’s heirs and carry on his legacy.

Stewart and his writers and producers forged the next generation of major comic talent. They did so not by creating an army of Stewart clones—professional mini-mes parroting Stewart’s self-deprecating, neurotic yet fearless persona—but by mentoring talent that was complementary to Stewart but also extremely different.

These breakout stars include blundering alpha-male, uber-gentile Stephen Colbert, who brilliantly hid behind the fake persona of a WASP blowhard with all of the cockiness and none of the competence in the world. They also include Larry Wilmore, the brilliant and bone-dry African-American writer and performer who would go on to take over Colbert’s slot when he left the Stewart-co-created-and-Executive Produced The Colbert Report to assume his rightful place in the comic hierarchy as the heir to the retiring David Letterman.

With the possible exception of Louis C.K, it would be hard to imagine a comedian with more heat right now than John Oliver, who followed Colbert’s lead from very ably taking over as guest host of The Daily Show when Stewart was away to running his own consistently brilliant, influential, and red-hot vehicle, Last Week Tonight. Oliver has captured the cultural zeitgeist in the same way Colbert did in his prime and Stewart did during the entire Bush administration, when the comedian turned trusted newsman spoke truth to power not just about the President and the wasteful wars he was waging but also about his lapdogs in the press, particularly FOX News.

Thanks to Stewart, who worked closely with ex-Onion editor Ben Karlin to re-tool The Daily Show following former host and sentient smirk Craig Kilborn’s departure, the world of comedy is smarter, more incisive, substantive, genuinely satirical, and better than before he made the transition from well-liked, if minor stand-up comedian to one of the cornerstones of contemporary pop culture.

The strain of producing such a high-quality show has clearly taken a lot out of Stewart. His job has aged him physically the way being a President ages a person, and, at this point, only FDR was President roughly as long as Stewart helmed The Daily Show. So, while it’s sad on some level that he’s leaving such a valuable comic institution, there’s also a sense that, to borrow a term from Stewart’s bête noire and greatest target/subject, Stewart has accomplished his mission of re-shaping comedy in his image. He is more than entitled to enjoy a good long rest before embarking upon his next big move. 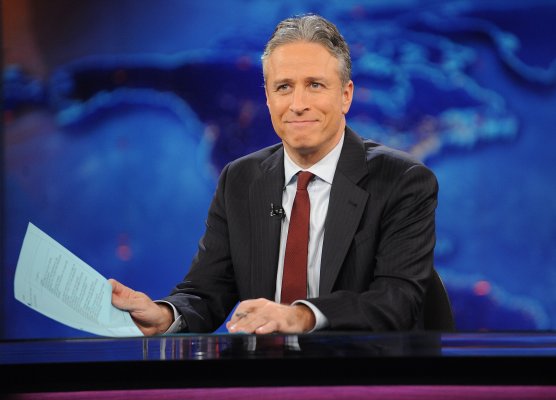 Just Cancel The Daily Show
Next Up: Editor's Pick