Putin's Push for Peace Renews Hopes for a Ceasefire in Ukraine

A man walks past an unexploded rocket in Kramatorsk, eastern Ukraine on Feb. 11, 2015.
Volomydyr Shuvayev—AFP/Getty Images
By Simon Shuster

Throughout the conflict in eastern Ukraine, Russian President Vladimir Putin has tried hard to keep himself apart from the warring sides. He has neither met publicly with the leaders of Ukraine’s pro-Russian separatist rebellion nor engaged in a formal round of peace talks with their enemies in the Ukrainian government. The Kremlin, he insists, is not a party to the conflict. Which is what makes the latest round of peace talks feel weightier, if not also more hopeful, than the previous ones.

On Wednesday afternoon, the Kremlin confirmed in a statement that Putin would personally attend the negotiations in Minsk, the capital of Belarus, that evening. Previous peace talks held in Minsk have usually seen Putin send a junior envoy to sit at the table, and when those negotiations have failed in the past to produce a viable agreement, he has been able to keep himself at arm’s length from the failure. This time around, any agreement the Minsk talks produce will likely bear Putin’s signature, giving him a greater share of the responsibility in making sure all sides adhere to it.

That leaves some room for optimism. Since it began in April, the war in eastern Ukraine has claimed more than 5,000 lives, roughly half of them after the last peace accord was reached in Minsk in September. The pro-Russian rebels who signed that ceasefire went on to violate it on an almost daily basis, as did the forces of the Ukrainian government, which was represented at the September talks by former President Leonid Kuchma.

This time Ukraine’s current President Petro Poroshenko will be at the table, as will his counterparts from Germany and France, who have already put a lot of pressure on Poroshenko to accept the peace offer that Putin puts forward. The exact terms of that offer have been kept secret by all sides, but Moscow has tried hard to emphasize that it initiated these talks.

“The efforts towards settling the Ukrainian crisis are being undertaken at the Russian President’s initiative,” said Putin’s Foreign Minister Sergei Lavrov on Feb. 8. Several days earlier, Putin sent his ideas for a peace deal in a letter to German Chancellor Angela Merkel and French President Francois Hollande. The two European leaders then traveled to Kiev to discuss the terms with Poroshenko, and the following day, Feb. 7, Merkel and Hollande went to Moscow to clarify the terms of the proposal with Putin.

All of that shuttle diplomacy from some of the world’s most influential leaders has given Wednesday’s talks in Minsk even more momentum. The biggest question hovering over them now is whether Poroshenko will be able to sell Putin’s peace deal to his own electorate. Exhausted as many of them are with the conflict, Ukrainians have little appetite for ceding any more ground to Moscow, not after losing thousands of their countrymen and large chunks of territory in a war that most of them see as Russian aggression.

So even if Putin has decided to sue for peace, he will not be able dictate the terms without giving some ground himself. The alternative for all sides, however, will be the continuation, and more likely the escalation, of a vicious and fratricidal war. That prospect might just be enough this time to make the Minsk agreement stick. 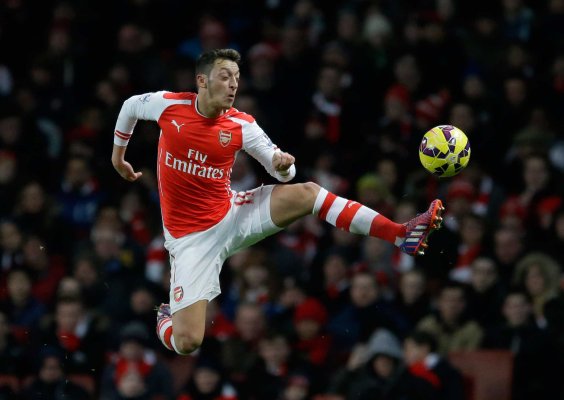 Has the Price of English Soccer Just Gone Beyond Crazy?
Next Up: Editor's Pick