Jon Stewart, the comedian turned faux newsman who transformed The Daily Show into a cultural powerhouse, is leaving the show later this year. It’s a sad day for anyone who cares about news — fake or otherwise — writes TIME’s Jim Poniewozik

SpaceX called off its sunset launch with just 12 minutes remaining in the countdown because of gusts of 115 m.p.h. several miles up — strong enough to damage the rocket in flight. It was the private company’s second attempt in three days to launch the spacecraft

The State Department confirmed late Tuesday that it has closed the U.S. embassy in Yemen and evacuated its staff because of the political crisis and security concerns following the takeover of much of the country by Shi’ite rebels

Alex Rodriguez apologized to New York Yankees top executives on Tuesday, ahead of his return to professional baseball after a yearlong suspension for steroid use. The Yankees and Rodriguez issued a joint statement on Tuesday

Parents in Puerto Rico may soon be fined up to $800 if their children are obese, if a bill currently being debated in the legislature is implemented. Puerto Rican Senator Gilberto Rodríguez said the bill is aimed at improving children’s health

The White House wouldn’t say definitively Tuesday whether President Barack Obama misled the country about his true feelings on gay marriage during his first presidential campaign, as his former longtime political strategist David Axelrod charges in a new book

Australian counterterrorism officials say they have foiled an imminent terrorist attack after the arrest of two men at a house in western Sydney. Police say a homemade ISIS flag was recovered, as well as a machete and a hunting knife

WWE star Seth Rollins took to Twitter on Monday evening to apologize for nude photos that appeared on numerous of his social-media accounts and, because of automatic updates, wound up on the official WWE website

Japan’s Ministry of Foreign Affairs ordered a journalist to surrender his passport after learning last week that he planned to travel to Syria later this month. The action was based on a law that allows the government to take citizens’ passport if it would protect their lives

England’s top-flight soccer competition, already one of the richest and most-watched sports leagues in the world, is now much richer. The Premier League has auctioned off broadcast rights to its games for the equivalent of $7.84 billion 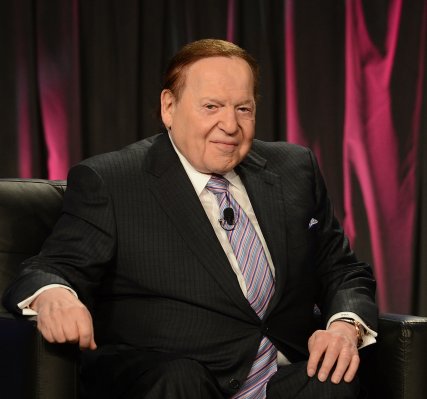 The One-Man Las Vegas Presidential Primary
Next Up: Editor's Pick